“Education is no longer a matter of knowledge and skills…It is also, more importantly, a matter of values, attitudes, ethics, and morality.” (Quote from Ministry of Education representative, April 28, 2018)

In April, I was fortunate to join the inaugural 10-person cohort of the UPenn Graduate School of Education’s Senior Leaders China Seminar, getting an intensive, up-close look at China’s national educational strategy. PennGSE’s 25-year partnership with the Graduate School of Education of Peking University (PKU), the Seminar host, led to forming this innovative exchange program that aims to dramatically increase the pool of academic leaders familiar with the role higher education plays in each country. We met and exchanged with a broad array of academics, students, administrators, and executives who described, explained, and lectured on China’s educational strategy. Our main host was a Stanford-trained economist, Min Weifang, who ultimately became the General Party Secretary for Peking University and served as an alternate member of the Central Committee of the Chinese Communist Party, and Former Party Leader Winghua Ma, responsible for leading PKU. Other speakers included representatives from the Ministry of Education, Beijing Institute of Technology, Dalton Academy at the Affiliated High School of Peking University, a special admissions college preparatory academy where students research, publish, and collaborate with college level faculty, encompassed in a flexible curriculum that encourages individual academic exploration and international post-secondary education.

This experience was amazing  and also startling, juxtaposed against other contemporaneous events: Shanghai Cooperation Organization (where President Xi Jinping’s ambitious Belt and Road program was presented); Association of Southeast Asian Nations; the Inter-Korean Summit meetings between Moon Jae-in, President of South Korea, and Kim Jong-un, Chairman of the People’s Republic; and a symbolic summit between President Xi and India’s Prime Minister Modi. The timing was coincidental, but somehow, I felt a connection to these world-shaping, China-powered events. During the tour, I pondered if there is truly a shift in global influence to China, what role would its educational system play in the transformation?

Here are some salient facts and learnings from my sojourn:

It’s an understatement to say that the trip left a lasting impression: my approach to consulting education clients on their strategies has certainly changed as a result. Yet, there are reasons why I think China will succeed, and countervailing reasons why those strategies may not work:

Why China will succeed:

Why China’s lofty goals may not be accomplished

The American educational system — fragmented as it is — has many distinct advantages: we have more latitude, choice, and options. However, our Kindergarten – College pathways are built on “old” architecture: we deliver content, grade student progress, and rank schools following outdated thinking. Our schools are not really responsive to inherent social, cultural or financial inequities, nor are they structured to meet the needs of the marketplace, as evidenced by the dearth of engineers, teachers, and data analysts. I know that we will not adopt a singular, unified, national strategy — that would be “un-American” — but I wholeheartedly believe that we should heed how China is intentionally embracing education as its “way forward”. Among other things, we should double down on investments in STEAM (Science, Technology, Engineering, Arts, and Math), reexamine how we hire and retain teachers, and immediately enhance funding to systems to eliminate inequities. 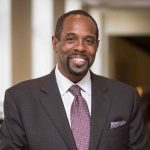 Dr. Leroy D. Nunery II is a Senior Advisor with Econsult Solutions and is Founder and Principal of PlūsUltré LLC, a boutique advisory and consulting company started in 2007 whose mantra of “Inspiration, Imagination, and Innovation” reflects its approach to enhancing the strategic and operational capacities of educational, non-profit, and entrepreneurial entities. Dr. Nunery is an Adjunct Instructor for Fels Institute of Government at the University of Pennsylvania.

Higher Education: What Will it Look Like in Five Years?

The Future of Higher Education