A Snapshot of University City and Future Expectations

Recently, there has been a large amount of construction activity in and around Philadelphia. In the University City neighborhood in particular, huge real estate investments are being made. ESI has been carefully monitoring all real estate activity in the Greater Philadelphia area, and has used that data to create a visualization on Tableau. You can check out the activity going on in University City (or any other neighborhood) below.

A Dense Concentration of Academic Activity

The University of Pennsylvania, Drexel University, Children’s Hospital of Pennsylvania (CHOP), and the University of the Sciences all call University City home. One reason the presence of these institutions sets the neighborhood apart is that they draw in thousands of students. The universities also attract small businesses and other unique spaces where students study, eat, and hang out locally. Such locations include the Science Center’s uCity Square developments. The Science Center is a life-sciences based accelerator and innovation center that stretches across West Philadelphia. These uCity Square developments are being constructed by Wexford Science & Technology, LLC and will house many of the Science Center’s clients and offices on one campus. One of these developments at 3800 Market Street is a multi-purpose destination geared towards students and professionals with lab, educational, retail, and office space all in one building. This follows the completion of another uCity Square project at 3675 Market Street – a 14-story office building serving similar purposes. A third development unrelated to the Science Center is a mixed-use space at 4001 Chestnut Street.

Of course, there would be no draw for students without the academic institutions themselves. 13 projects in University City are for institutional or office use, such as a new Penn Energy Science and Technology building at 32nd and Walnut and Drexel’s construction of the Powel Elementary School and Science Leadership Academy Middle School, as well as a building for the school’s College of Nursing and Health Professions at 36th and Filbert. At a school board meeting on June 27th, a completion date of July 1st, 2020 was decided upon for the building.

The largest project in the area is Schuylkill Yards. The project arises from a partnership between Drexel University and Brandywine Realty Trust and will transform 14 acres of University City near 30th Street Station into approximately 5 million square feet of what is described on Drexel’s webpage as “entrepreneurial spaces, teaching and research facilities, corporate offices, residential and retail development, and hospitality and cultural venues.” Its cost: $3.5 billion.

We took a look at Cambridge, MA, home to MIT and Harvard, to obtain some insight on the life-cycle of academics-driven areas. Cambridge saw an influx of technology firms since the early 1990’s. These tech companies increase their reach for qualified candidates by stationing themselves near the schools they graduate from. Keep an eye out for the same trend to occur in University City as Schuylkill Yards provides more office and lab space for such companies to move into the region.

Penn, Penn Medicine, CHOP, and the University City Science Center have been some of the main drivers behind the life sciences and medical development that has transformed University City into a hub for biomedical innovation. The presence of these institutions is attracting talent from around the world, and is driving a fair amount of University City projects.

The largest of these is Penn Medicine’s Patient Pavilion at 1 Convention Ave. This project, which will cost $1.5 billion, is expected to open in early 2021. The Patient Pavilion will help generate more traffic and attention to all medical institutions in University City. At 17 stories tall, the Pavilion will house 500 inpatient rooms and 47 operating and interventional spaces.

Penn Medicine’s Patient Pavilion is one of a slew of medical developments that are transforming the school’s reputation, located just across the street from the $302 million Perelman Center for Advanced Medicine. The Perelman Center opened in 2008 and is home to patient-focused care and collaboration among health professionals. The long-standing Hospital of the University of Pennsylvania and the central campus for CHOP are also a short walk from the Pavilion. The Buerger Center for Advanced Pediatric Care at CHOP is another nearby 12-story development which was completed in 2015. It wouldn’t be a stretch to say that Penn Medicine and CHOP now have a medical campus of their own, completely separate from the universities already established in the city.

CHOP is currently planning a large development of its own. The 17-story Physician and Administrative Office Building would add 564,500 square feet of office space to the medical center in University City, and was proposed to the CDR board on May 7th of this year.

Looking to the Future

University City has earned its current reputation as an academic hub and is increasingly considered a national center for biomedical and life sciences activity. Students generate traffic by attracting small businesses and other mixed-use spaces. While these businesses provide the area with an economic backbone, a shift is being made to much larger developments such as Schuylkill Yards. As development progresses, University City will expand both upward and outward.

With this expansion comes a branching out into new industries. Similar to trends seen in Cambridge, MA, we expect to see tech companies’ move to University City. The second, much more pronounced expansion is into life sciences and medicine.

Large-scale projects such as Schuylkill Yards and the Patient Pavilion put University City far above other neighborhoods in terms of the influx of money being used for development. University City’s total future construction will cost about $12 billion when we also consider the plans for Amtrak’s 30th Street Station, which is in its early stages of proposal (it will continue work until 2040) and is slotted to cost $6.5 billion. Additionally, Schuylkill Yards is expected to amount to about five million commercial square feet upon completion. In total, all of University City’s developments cover about nine million square feet.

In 20 years, when all development is anticipated to be complete, University City will be an urban center that boasts world-class medical services, world-class universities, and plenty of office space for companies looking to get in on the area’s upward trend. 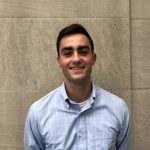 Matt DeCesare is an intern at ESI. Mr. DeCesare currently attends University of Pennsylvania and studies Behavioral Economics and Business Analytics, anticipating to graduate in 2021. We thank Matt for all of his hard work this summer and wish him the best!