Competing in the Cognitive Age

Advanced artificial intelligence (AI) may conjure up futuristic images along with hype and fear, but the reality is much different. To understand where this technology is headed and how business leaders will apply it in the immediate future, Protiviti and ESI ThoughtLab conducted a global research study delving into where advanced AI stands today and what executives worldwide are planning for and expect to happen within two years.

Many companies are still at the starting gate or at early stages of AI development. Moreover, many senior executives worry about the payoffs of AI investments, but they see what is coming. In just two years, more than half of companies around the world expect to be garnering significant value from advanced AI.

This study found, however, a great deal of work must be done in those early two years and multiple obstacles stand in the way, including but not limited to lack of talent and challenging decisions about where to invest. However, AI leaders have figured out how to surmount these obstacles. They are already benefiting and are leading the way in everything from using AI to bolster employee engagement to boosting productivity and business performance.

ESI ThoughtLab conducted interviews by phone with 300 executives worldwide. The survey was fielded between August 20 and September 7, 2018. The study also included in-depth follow-up interviews with 13 executives and other experts in advanced AI.

For the purposes of this study, the term “advanced artificial intelligence (AI)” is used as an umbrella term for several different technologies that allow computer systems to perform tasks that normally require human intelligence, such as visual perception, speech recognition and decision-making. 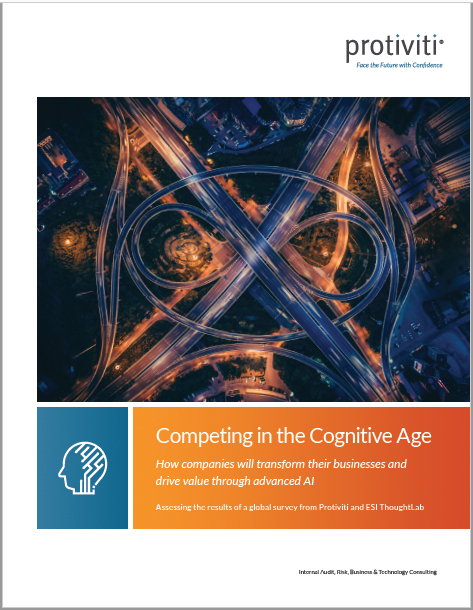 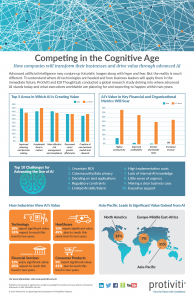 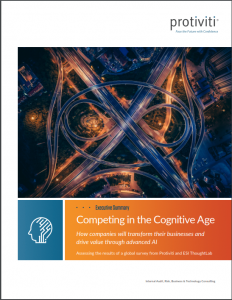