The State of the Kitchen Incubator Industry in the US: An Industry Update 2020

In conjunction with Catharine Street Consulting, The Food Corridor, and Urbane Development, Econsult Solutions is proud to announce the release of its 3rd national survey of the kitchen incubator industry in the US. The state of shared-use food manufacturing activity has grown tremendously and evolved significantly since the first report in 2013, due to a confluence of forces, including:

This report is expected to be widely utilized by individual participants and industry advocates, as was the case with the previous two reports in 2013 and 2016, as it uses an extensive survey of practitioners around the country to provide invaluable information on the state of the kitchen incubator industry in the US and its evolution over time on key operational metrics such as square footage, staffing, and equipment/services offered. The 2020 report methodology differs from the 2013 and 2016 reports, as outreach was done extensively to a broad range of shared-use food manufacturing facilities, which some of these facilities may not identify themselves as incubators. This revealed richer perspectives, which helped to inform the latter half of the report. The 2020 report also delves more deeply into industry trends and explores what might be next.  Some key takeaways: 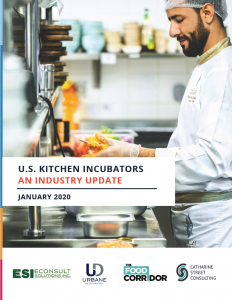 After US and China Alaska Meeting: A 2021 Outlook for US-China Relations