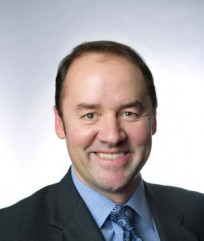 Benjamin Craig is a Senior Advisor to Econsult Solutions. Ben has spent the past 10 years of his career in the capital markets, principally working for American exchanges. Previously a principal/founder of Swap-Ex, a startup commodity swaps trading platform, he has worked in corporate development and strategic planning roles that involved equity and derivatives exchanges, as well as commodity trading platforms and clearinghouses. Prior to Swap-Ex, he served as the President of the NASDAQ OMX Futures Exchange (NFX), as well as Vice President of Strategy & US futures for NASDAQ OMX. During that time, he also served on the subsidiary boards of the International Derivatives Clearing Group, Agora-X, and NFX. Prior to his time at NASDAQ OMX, he served as the First Vice President, Corporate Development, for the Philadelphia Stock Exchange, where, in addition to his corporate development responsibilities, he led government relations for the exchange. Prior to his tenure in the capital markets, he worked in the public sector in a corporate development role in the office of the CFO of Amtrak and in the Mayor’s Office of Transportation in the city of Philadelphia.

Ben is active in a number of civic organizations, including the Temple University Business School mentoring program. He is the acting treasurer of the PTO of Plymouth Meeting Friends School, in addition to supporting the Schoerke Foundation, an organization dedicated to supporting progressive schools in the Central Region of Ghana.

Ben earned a Master’s of Government Administration from the University of Pennsylvania. He also received a full fellowship and earned a Master of Arts in American history from Tulane University. He received his Bachelor of Arts degree from Birmingham-Southern College