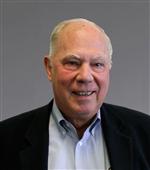 For over 35 years, Charles Dilks has served in various senior officer positions (most recently as Executive Vice President) at the University City Science Center and managed the development and operation of the nation’s first urban research park in Philadelphia. He has negotiated the financing, legal and development structures for twenty buildings, totaling nearly two million square feet of space, organized and managed the real estate marketing program for the Science Center, and created the property management company, Research Park, Inc., for the Science Center’s facilities.

He pioneered the concept of a business “incubator” by providing a comprehensive package of space, equipment, and services for over 250 startup organizations. Mr. Dilks was responsible for maintaining corporate records and coordinating Science Center legal affairs, which involved nearly twenty partnerships, joint ventures, and subsidiaries. Together these ventures generated over $30 million in annual revenues and employed a staff of 75 people.

Mr. Dilks recently retired from Science Center and is pursuing consulting opportunities as the President of Dilks Consulting, Inc. Mr. Dilks has been actively involved with the AURP, serving on its Board, as well as in various officer positions and eventually as its President from 1998-2000. In 2001, he received the Association’s “Career Achievement Award” for an outstanding career in technology based economic development.

Mr. Dilks has consulted widely with institutions and local governments wishing to establish research parks, incubators, and stimulate economic development through science and technology, and he speaks on these topics at numerous professional meetings.