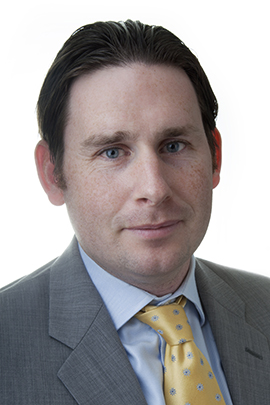 As part of his work for ESI ThoughtLab, Dr. Miles specializes in assessing the impact of technology on companies, cities, industries, and business performance. He served as the research director of the groundbreaking study on smart cities: Smarter Cities 2025: Building a Sustainable Business and Financing Plan that was completed in 2018, and the two follow up studies. Daniel has also led studies on cashless cities for Visa, the shadow economy for Mastercard, autonomous vehicle readiness for KPMG, the economics of cybersecurity, the ROI of AI, jobs of the future for Cognizant, and digital transformation of small businesses for Visa, among others.

Prior to joining ESI, Dr. Miles was a Senior Economist in the New York office of Oxford Economics where he led a multinational team of economists based in New York, Belfast, and London. His projects included estimating the economic impacts of laser fusion energy, and the size and impacts of the Longevity Economy, analyzing the public/private partnership (PPP) policies of several Asian countries, and developing a cigarette market and excise tax forecasting model of the Philippines. At Oxford Economics, Daniel also worked closely with its Thought Leadership team where he was the lead economist on a wide range of projects, including estimating the economic impacts of mobility, data analytics, and transformations in the manufacturing sector.

From 2008 to 2011, Daniel was an Associate at Econsult Corporation.