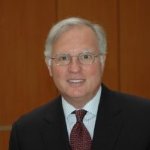 Gregory R. Byrnes is a Senior Advisor at Econsult Solutions, Inc. and is a nationally recognized leader in the field of economic development. His career spans 35 years as a journalist, economic development professional, entrepreneur and consultant. As PECO Energy’s former director of economic and business development from 1991-2005, he was responsible for marketing the Philadelphia region’s assets and attracting new business to the corporation’s service area in southeastern Pennsylvania. During his tenure at the state’s largest public utility, he became the first economic development professional to serve on the national board of directors for CoreNet Global and the International Association of Corporate Real Estate Executives (NACORE).

Mr. Byrnes is known for his marketing savvy, fund raising and business development capabilities as well as his ability to research, target and recruit companies. He has spent two decades cultivating and forging working relationships with site location consultants, commercial brokers, economic development professionals and corporate real estate executives. His media outreach, marketing initiatives and promotional work at national and international conferences and trade shows increased the Philadelphia region’s status as a hub for the life science and health care industries.

Most recently, he served as Director of Corporate Projects for Atlanta-based Conway Data. He now consults for Conway and writes articles for its award winning Site Selection magazine. He launched Byrnes Communications, which published an annual magazine on the region’s business trends, and Game Changing Partnerships, which marketed exceptional service providers such as Fisher Scientific as well as consultants with niche scientific expertise, to 50 state life science associations. Mr. Byrnes was Vice President of Membership and Business Development as well as a consultant for the Pennsylvania BIO Association. His consulting assignments include assisting the Chester County Economic Development Council (CCEDC) in strategic planning and fund raising for the county’s Keystone Innovation Zone, which was created to support young entrepreneurial firms in the biotech, information technology and alternative energy sectors. He also worked with CCEDC on the development of the Innovation Technology Action Group (ITAG); the organization, in cooperation with participating regional companies, economic development agencies, education and training partners, promotes information technology, communications and technological processes throughout Pennsylvania.

Mr. Byrnes joined PECO after serving five years as executive vice president and president of the Philadelphia Developers Alliance, a consortium of 21 real estate development firms, brokerages, and utilities. As PDA’s president, he led the development community’s efforts to attract, retain and expand business in the City of Philadelphia. Prior to his work with PDA, he spent eight years as a reporter, bureau chief, and assignment editor with The Philadelphia Inquirer. As a reporter, he covered commercial real estate, the hospitality sector and urban development. He began his career at the Worcester Telegram & Gazette, where he was an award winning reporter and regional editor, supervising a staff of 35 reporters and photographers. He has written freelance articles for many publications, including Urban Land, Site Selection, Business Facilities, and the New York Times.

His accomplishments at PECO included the creation of the tri-state region’s first marketing/business web site, the launch of a regional marketing initiative that led to the formation of Select Greater Philadelphia as well as a four-year $16 million marketing campaign, and, in the immediate aftermath of 9/11, raising four million square feet of donated office space, computers, and office furniture from more than 30 local corporations for displaced New York City companies. He was also instrumental in helping to bring major trade shows and professional conferences to Philadelphia, including CoreNet Global, BIO International, the International Association of Corporate Real Estate Executives (NACORE), the International Development Research Council (IDRC), Urban Land Institute, and the International Economic Development Council (IEDC).

During his career at PECO, Mr. Byrnes and his team received many regional and national awards for their initiatives.  For six consecutive years, Site Selection magazine named PECO to its annual list of “top 10” utility economic development organizations.  The magazine also cited Mr. Byrnes as one of the country’s top economic development marketing professionals. The Pennsylvania Economic Development Association named PECO its Economic Development Partner of the Year for marketing to the Greater Philadelphia region globally and for creating the 13-county web site.  In 2001, Mr. Byrnes was selected by the Philadelphia Business Journal as one of the region’s Top 35 “Emerging Leaders of Tomorrow.” He was also recognized by PA Bio for his and PECO’s statewide support of the life science sector.