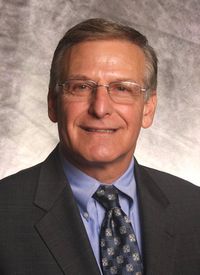 Joel Naroff is a Senior Advisor with Econsult Solutions, Inc. Mr. Naroff is the President and founder of Naroff Economic Advisors, a strategic economic consulting firm. He advises companies across the country on the risks and opportunities that economic developments may have on the organization’s operating environment.

Mr. Naroff works with a number of firms from a variety of industries. He is the economic consultant for Cumberland Advisors, and an economic advisor to Trefoil Properties and Spectrum Alliance, Prudential FoxRoach, eMoney Advisors and Ahold USA. He consults with banks on asset/liability, corporations on economic risk and opportunities, and is an economic and financial advisor to state and local governments.

A nationally recognized economic forecasting expert, Mr. Naroff has received numerous honors. In 2008 he was awarded the Lawrence Klein Award for Blue Chip forecasting excellence. This is one of the oldest and most prestigious forecasting honors. It is named after the Nobel Laureate in Economics who received the award in 1980 for “the creation of econometric models and the application to the analysis of economic fluctuation and economic policies.” He was also named the Bloomberg Business News 2008 top economic forecaster. In 2007, Mr. Naroff received the National Association of Business Economists Outlook Award as the top economic forecaster, and in 2006 he was honored as MSNBC’s top forecaster. He was also the first independent economist to win the CBS MarketWatch Economist of the Month award.

Mr. Naroff is often quoted in the national press, including Newsweek, The Wall Street Journal, The New York Times, USA Today and Business Week. Internationally, British, French, German, Italian, Spanish, Japanese, Korean, Brazilian and Chilean news agencies quote his materials. He appears frequently on CNBC, Fox Business News, and Bloomberg Television. In addition, he has made appearances on ABC’s The World News Tonight, The News Hour with Jim Lehrer, The Wall Street Journal Report with Maria Bartiromo, BNN in Canada, Money Matters TV and local television stations throughout the Northeast. Mr. Naroff does business commentary for KYW Newsradio in Philadelphia and can be heard often on the national news radio networks. From 1999 to 2009, Mr. Naroff served on a consulting basis as Chief Economist for Commerce Bank/TD Bank. Before that, he was Chief Economist at First Union Bank and First Fidelity Bancorp. Prior to moving into banking, Mr. Naroff was a tenured professor in the Isenberg School of Management at the University of Massachusetts at Amherst.

Mr. Naroff received a bachelors’ degrees in Economics and Chemistry from Stony Brook University and his Ph.D. in Economics from Brown University. He is a member of the Board of Directors of the Economy League of Greater Philadelphia and the Corporate Committee of the Philadelphia Orchestra, and he teaches at the Central Atlantic Advanced School of Banking. He is also a former Chair of the American Bankers Association’s Economic Advisory Committee and a former President of the Philadelphia Council of Business Economists.