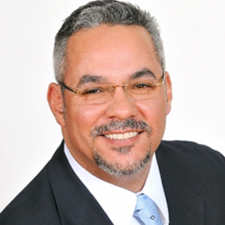 Kevin Dow is a seasoned leader with diverse executive experience in for-profit, government, and non-profit sectors. As an exceptional communicator, he has led cross-generational teams of personnel and boards through complex strategic planning and implementation processes. Mr. Dow is a motivated problem solver delivering measurable results in strong fiscal management, effective resource allocation, and evaluation. Experienced diversity facilitator and coach.

Most recently Mr. Dow served as the inaugural Executive Director for the Friends of the Rail Park, a linear urban park that when complete will serve as an alternative transportation greenway, re-utilizing a former three-mile abandoned railway. Mr. Dow also led the Impact and Innovation initiatives of the United Way of Greater Philadelphia and Southern New Jersey, leading the Impact Strategy Committee of the Board of Directors. He served in Philadelphia Mayor Michael Nutter’s administration, leading the Commerce Department where he was responsible for the City’s Office of Business Services, Office of Economic Opportunity, Office of Labor Standards, and the Office of Neighborhood Economic Development. During his tenure he established practices for minority and women participation and inclusion. Below is a summary of his career highlights:

Mr. Dow’s current board memberships include: the AmerisourceBergen Foundation, Fleisher Art Memorial, Harcum College, Philadelphia Advisory Board for the Local Initiatives Support Corporation, and the Wells Fargo Regional Foundation. Past board memberships are numerous and reflect a commitment to neighborhood economic development, love of arts and culture, and commitment to improving educational options for children.