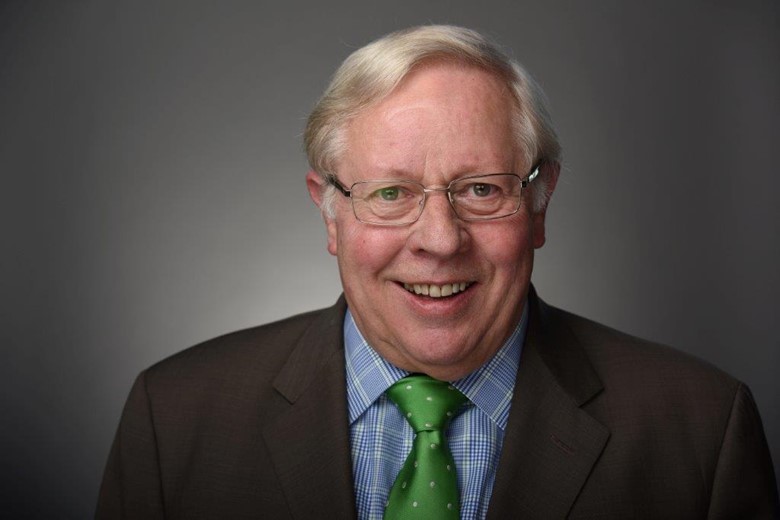 Patrick Killian is a Senior Advisor at Econsult Solutions. Mr. Killian has devoted 50 years to public and government service on the local, state and federal levels. A graduate of Scranton Preparatory School and the University of Scranton with a degree in Political Science, Killian pursued his Masters degree in American History, prior to being called to active duty with the United States Navy where he served with Fighter Squadron 84 deployed on the USS Franklin D. Roosevelt.

Upon release from active duty, he was appointed Director of Personnel for Lackawanna County government . In this capacity, he supervised all hiring and promotions for the County Commissioners, managed the countywide payroll, negotiated all contracts with employee bargaining units, and administered the federal Comprehensive employment Training act.

After two year as Director, he assumed the position of county Public Information Officer for the Commissioners authoring all county press releases and serving as spokesman for both print and electronic media outlets.  Mr. Killian also produced a weekly public service radio show “Courthouse comments” which was carried on 7 area radio stations. Upon leaving the county in 1976 to join the first campaign of the late U.S. Senator John Heinz, as Press Secretary, Killian began a 14-year tenure as Executive Assistant and chief political advisor to Senator Heinz. In this capacity, he supervised the Senator’s state offices and oversaw constituent services in addition to serving as the Senator’s liaison with both the General Assembly and the Governor’s office. He also served as principal contact with both statewide and national labor organizations on behalf of the Senator. He is proud of the fact that when he managed the Senator’s final campaign, it resulted in the largest margin of victory in Pennsylvania’s history.

In 1991, he assumed the post of Director of Commerce for Delaware County, PA where he served for 29 years until his retirement in 2021. In this position, his responsibilities included the overall direction of all business attraction, retention, and development efforts, as well as concurrently serving as the Executive Director of the following county entities: Economic Development Oversight Board, Redevelopment Authority, Industrial Development Authority, Area Loan Organization, CRIZ Authority, and both ED and Secretary Treasurer of the Industrial Development Corporation.

During his tenure, he participated in, directed, and negotiated over $2.5 billion in projects in the county including: The redevelopment of Baldwin Towers in Eddystone (which was named the best private partnership in the country by the Council on Urban Economic Development), the construction of Hog Island Road in Tinicum to ensure access of the UPS airport facility, the construction Harrah’s Casino and Subaru stadium in Chester, the redevelopment of the Monroe refinery in Trainer, the siting of the SAP North and South American headquarters in Newtown Square and the repurposing of the Marcus Hook refinery to a gas export facility. He has received numerous honors over the years, including being named a Veteran of Influence in the business community by the Philadelphia Business Journal, Developer of the year from the Pennsylvania Econoimic Developmnet Association, Project of the year by the Delaware County Chamber of Commerce, as well as a resolutions of recognition for service by the U.S. Senate, PA General Assembly and Delaware County Council. Listed in Who’s Who in America, he has served as President of the Pennsylvania Economic Development Association and 10 year Board Chairman of The Franklin Mint Federal Credit Union, a $1 billion Delaware County financial institution. He sits of the pastoral Council of Annunciation church in Havertown.

An avid, but poor golfer, Mr. Killian enjoys reading history and has an extensive collection of political buttons from every presidential campaign since 1844 with an emphasis on Theodore Roosevelt. Mr. Killian and his wife reside in Havertown and are the parents of three daughters: Molly, Mara, and Hannah, and have two grandsons, Jackson and Charlie.