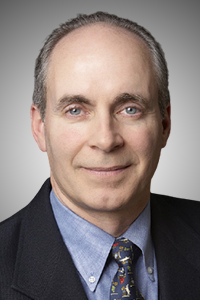 As Co-Chair of the Econsult Solutions (ESI) Board of Directors, Stephen Mullin provides expertise to clients in the fields of economic development, public finance, policy analysis, real estate, energy, and business and government strategies. Mr. Mullin served as President since the firm’s inception and is now guiding strategic planning and development of the firm for its posterity.

Mr. Mullin’s consulting practice dates back to 2000, having served a client base ranging from state and local governments and agencies, private businesses, real estate developers, and not-for-profit institutions.

Prior to entering private consulting practice, Mr. Mullin served in top-level city government and private business positions. While in these positions he was directly involved with urban government issues including: tax and expenditure policy; capital infrastructure, pension funds; economic development; urban growth and planning. He served on, and chaired, many public sector and other quasi-governmental boards and commissions.

Mr. Mullin has long been active as a director on corporate, public sector civic, cultural, and advisory boards, having served on over 75 in his career. Currently, he serves on the following:

Mr. Mullin has taught graduate level economics, public policy, and public finance at Philadelphia and St. Louis area universities for over 40 years. Among his nearly 10,000 former students are experts and leaders throughout the private and public sectors. He writes for publication, has delivered speeches, provides expert opinion to the media, and is a frequent presenter on panels and symposia. In 2007, he was voted one of Philadelphia’s 101 most connected people.