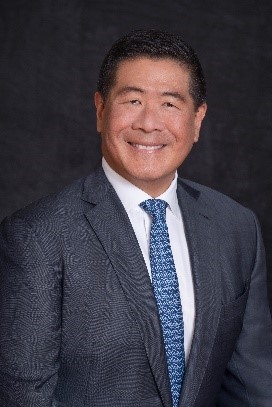 Stephen Tang is a Senior Advisor and former President & CEO of OraSure Technologies, Inc. from 2018 to 2022. During this period the company delivered record revenue growth and the largest expansion of innovative products, employees, and facilities in its 35-year history. OraSure is empowering the global community to improve health and wellness by providing access to accurate essential information. OraSure is a leader in point-of-care diagnostic tests for HIV, HCV, Ebola, drugs of abuse, and COVID-19; specimen collection devices; and microbiome laboratory and analytical services. Together with its wholly-owned subsidiaries DNA Genotek, Diversigen, and Novosanis, OraSure provides its customers with value-added, end-to-end solutions that encompass tools, diagnostics and services. Dr. Tang previously served as OraSure’s Chairman of the Board of Directors (2016-2018) and was first elected to the Board in 2011.

Prior to April 2018, Dr. Tang served as President & CEO of the University City Science Center, the nation’s first and largest urban research park in Philadelphia, from 2008 to 2018. During that decade, Dr. Tang initiated, led, and implemented a strategic plan designed to transform the Science Center from a traditional real-estate focused research park to an innovation and workforce development powerhouse. From 2005-2008, he was a senior executive with Olympus America, including leading their Life Science Group of businesses. Prior to that, he was an energy technology entrepreneur and a senior executive at two leading global management consulting firms.

Dr. Tang was re-appointed to the National Advisory Council on Innovation and Entrepreneurship (NACIE) in 2016 and served as NACIE co-chair through 2018. Previously, Dr. Tang served on the U.S. Department of Commerce’s Innovation Advisory Board, 2011-2012.

Along with Pennsylvania Governor Tom Wolf, he co-chaired the Team Pennsylvania Foundation in 2015-2018, which bridges the gap between government and the private sector.  He also served as Chairman of the Board of the Committee of Seventy (and was the first person of color to do so in the organization’s 111-year history) in 2014-2016.

Dr. Tang earned a Ph.D. and MS in Chemical Engineering from Lehigh University, an M.B.A. from Wharton School of Business at the University of Pennsylvania, and a B.S. in Chemistry from the College of William and Mary. He also has been awarded honorary Doctor of Humane Letters degrees from Philadelphia University (now Thomas Jefferson University) and Philadelphia’s Wagner Free Institute of Science.

Steve was born in Madison, Wisconsin, raised in Wilmington, Delaware and Beaumont, Texas, where he attended public schools. He is married to Jill Chernekoff, an executive leadership development coach and former Emmy Award-winning Philadelphia television reporter and news anchor. He is the father three adult children and one grandchild. Steve and Jill make their home in Bala Cynwyd, Pennsylvania.