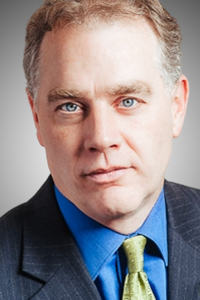 Steve Wray is a Senior Vice President and Principal at Econsult Solutions, Inc. (ESI). In this role, Steve focuses on the development and implementation of programs and projects that support ESI’s vision and short- and long-term plans. He leads the work of the firm’s principals and senior staff in developing new partnerships, expanding and building on existing practice areas, and integrating the firm’s strengths in economic analysis and thought leadership. Mr. Wray joined ESI in 2017 as a Director and was promoted to Vice President, Strategic Initiatives in 2019.

Mr. Wray was executive director of the Economy League of Greater Philadelphia from 2006 through 2017. In addition to managing the strategy and operations for the $1.6 million civic leadership organization, he led the development of the ground-breaking World Class Greater Philadelphia initiative, engaging regional leaders in scenario planning and strategy teams to build a long-term agenda and projects for economic growth and opportunity for the tri-state region. He was one of the founding partners of Pre-K for PA, a statewide coalition focused on increasing access to high-quality pre-kindergarten and created the Metropolitan Caucus to convene the county elected officials of Southeastern Pennsylvania.

From 2008 to 2017, Mr. Wray also served as Managing Director of the statewide Pennsylvania Economy League, Inc., where he was responsible for oversight of the activities and finances for the three Economy League offices in Philadelphia, Wilkes-Barre and Pittsburgh.

Mr. Wray was the deputy director and director of research from 1995 to 2006 for the Economy League in Philadelphia.  He led numerous major initiatives, including analyses of the region’s healthcare, arts and higher education industries; strategic analysis of Penn’s West Philadelphia economic development strategy; a feasibility study of Philadelphia’s potential to host the Olympics; and numerous economic impact and regional development projects. He also created and managed IssuesPA, a first-of its kind political communications campaign that was recognized both in the state and nationally as a cutting edge political education effort.

Mr. Wray served as policy director for PA Lt. Governor and Acting Governor Mark Singel from 1992-1995 and as an investment research associate for the real estate firm Jones Lang Wootton from 1989 to 1991.

Mr. Wray is Chair of the Health Care Improvement Foundation, and serves on the Boards of the Philadelphia Convention and Visitors Bureau and the Mercer Museum/Fonthill Castle. He also was appointed to be a member of the Governor’s Early Learning Investment Commission.