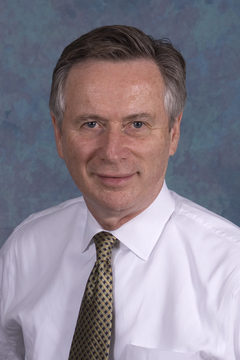 Mr. William Krebs is experienced in facility analysis and planning aimed at workplace effectiveness. His practice concentrates on evidence based design principles integrating people, process, and place. He has vast experience in the entrepreneurial aspects of the design industry and played a key role in the growth of Interspace Incorporated, based in Philadelphia. While a shareholder of Interspace, he participated in the sale of the company to a two billion dollar, publicly traded, international corporation.  As a member of the management team, he participated in the creation of a new business unit offering national design services to fortune 100 companies. That unit became the second largest firm of its type in the country. After five years, he purchased the Philadelphia office, reestablished Interspace, and functioned as President for ten years. During this period Bill co-founded Workplace Change Enablers (WCE), a company focusing on change management and the integration of human resource management, technology, and the physical environment. Bill accepted an offer by Interior Architects of San Francisco to purchase Interspace in 2000 and functioned as Managing Principal of the Philadelphia office as a member of IA’s fourteen office international practice. The Philadelphia office was closed in 2003 as a result of an economic downturn.

Mr. Krebs has recently served as Principal and Managing Principal of two regional architectural firms over the last eight years. Prior to that he was the Principal in charge of the needs analysis and facility program for the Comcast Headquarters project while at Daroff Design, and he was the team leader for the analysis of the relocation of Dechart, LLC to the Cira Centre in Philadelphia.

Mr. Krebs has lectured at NACORE, NEOCON, the Urban Land Institute, IIDA, IFMA, Cornell University, Philadelphia University and The University of the Arts. He has articles published in Real Estate Forum, Facility Design and Management and Contract Magazines. He has also authored special reports titled “Space Squeeze” for Haworth Inc.

Mr. Krebs has served on the Board of Trustees of The University of the Arts for 24 years, and served on the Buildings and Grounds Committee. He reestablished the Alumni Council of The University of the Arts, served as First Chair of the Council and served as a council member for six years. He has also served on the boards of The Art Alliance of Philadelphia, and The Philadelphia Boys Choir.  He founded and co-chaired The Neighborhood Preservation Coalition, which successfully preserved several riverfront communities from further destruction by I-95 off-ramps and worked on the preservation of the neighborhoods slated for destruction to accommodate the planned cross-town expressway. Bill organized and led the Planning Committee of the Logan Circle Community Association while residing in Washington, D.C. This activity focused on a traffic study and the impact of an inner city community revitalization program.

Mr. Krebs is a graduate of The University of the Arts, and the first recipient of an annual alumni service award named in his honor. He attended the graduate program at Cornell University, College of Human Ecology, and minored in City Planning. Bill served in the United States Army at Fort Benning and the 18th Engineer Brigade Headquarters in Vietnam.