Senior Advisor Chris Terlizzi also Swam in as a Shark 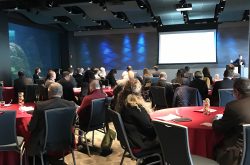 On Wednesday, December 14, 2016, ULI Philadelphia held their first ever Shark Tank, which put three Philadelphia-based development projects into the shark tank and to be judged by a panel of sharks including our President, Stephen Mullin, our senior advisor Chris Terlizzi, Vice President of Argosy Real Estate Partners, Sara N. Doelger, and Chairman/CEO of Westrum Development Company, John Westrum. The event even featured actual shark tanks behind our panel of judges at the Adventure Aquarium in Camden.

Steve and Chris joined Sara and John in asking key questions regarding funding, new market tax credits, and more when the threecontestants entered the shark tank.  The developers included Stull Investment Company and their project on 1700-50 Germantown Ave, Mosaic Partners and their project for Golaski Park, and Smith & Roller and their IF LAB project on Kensington Ave and Huntington Ave. All three projects proposed bringing new markets into areas of Philadelphia in need of investment or undergoing the redevelopment process.

The event was full and lively, with a full audience that were very much involved in the Shark Tank. After each project was presented and the sharks had asked their questions, moderator, Anthony Rimikis, would ask the audience to raise a show of hands on whether they would invest or want to know more about the project. When the event came to a close, the audience was encouraged to ask questions for the developers to answer. 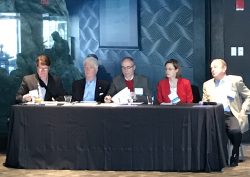 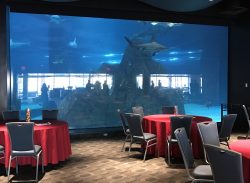