The Impact of Race/Ethnicity and College Major on Earnings

August 12, 2016 / Comments Off on The Impact of Race/Ethnicity and College Major on Earnings

Choosing a College Major We live in a knowledge economy where education is one of the most important factors in determining one’s future. Education incurs huge costs, both in terms of time and money, but given that an estimated 15.6 million students[1] were enrolled as undergraduates as of Spring 2016, it is an investment that […] 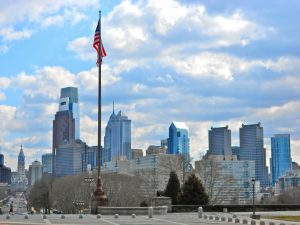 ESI President Richard Voith Co-authors White Paper: City and Suburbs – Has There Been a Regime Change?

June 23, 2016 / Comments Off on ESI President Richard Voith Co-authors White Paper: City and Suburbs – Has There Been a Regime Change?

ESI President and Principal, Richard Voith collaborated with Arthur Acolin, a Ph.D. candidate at the University of Southern California Price School of Public Policy and Susan Wachter, Co-Director of Penn IUR and Professor of Real Estate and Finance at the Wharton School to publish a white paper for the Penn Institute for Urban Research (Penn IUR). […] 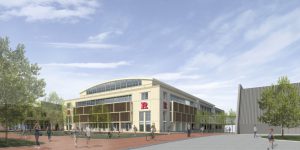 The economic impact of Rutgers University athletics report, which ESI produced,  was highlighted on NJ.com on Tuesday, January 20th, 2015. The report titled, Economic Impacts of Rutgers Athletics and Future Implications of the Big Ten, was published last year and quantified the potential benefits to Rutgers and to the State of New Jersey that could arise should the […] 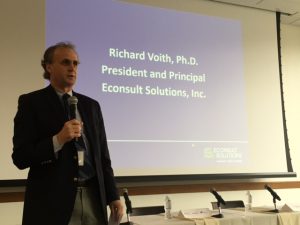 May 28, 2015 / Comments Off on ESI And Drexel University School of Economics Hold First ‘City And The Environment’ Joint Conference 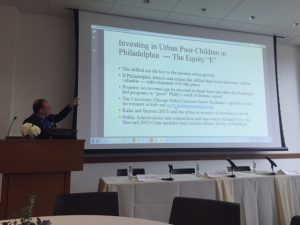 May 28, 2015 / Comments Off on Matthew Kahn Delivers Keynote Speech At ESI & Drexel’s ‘City and the Environment’ Joint Conference

Drexel’s School of Economics and Econsult Solutions held their first joint conference to discuss topics in urban economic policy. Two panel discussions took place over the course of the afternoon of May 21. The first was on climate change and the housing market, while the second was on sustainability and urban transportation. Seven industry experts […]

August 13, 2014 / Comments Off on Dick Voith and Susan Wachter of Penn IUR collaborate on an article called “The Return of America’s Cities”

“CITIES ARE ONCE AGAIN AN ESSENTIAL PART OF THE U.S. ECONOMY” ESI President and Principal Dr. Richard Voith and Penn IUR co-director Susan Wachter collaborated to publish the article, “The Return of America’s Cities: Economic Rebound and the Future of America’s Urban Centers” for the Penn Institute for Urban Research (Penn IUR). The article focuses […]