November 4, 2022 / Comments Off on What Tuesday’s Election Could Tell Us About Philadelphia’s Political Future

Post updated November 15 with new unofficial election data from the 2022 gubernatorial and U.S. Senate races, as well as an analysis at the bottom of the post.  The most recent presidential election found Philadelphia at the center of the American political universe. For days after the election, the nation’s attention was glued to the […] 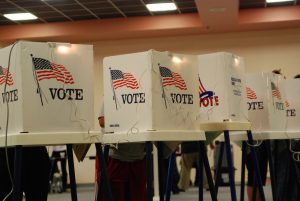 Mixed Results on 2018 Being “The Year of the Woman” 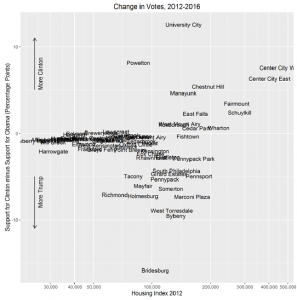 November 14, 2016 / Comments Off on How Philadelphia Neighborhoods Voted

We are now a week removed from the 2016 Presidential election, with an outcome that surprised a lot of poll watchers (though perhaps we should have been less surprised). Much of the pre-election talk was about Pennsylvania as a swing state, and Philadelphia specifically, as the democratic bastion that could carry the state. Well, how […]