The Future of Transportation

This is the latest installment in ESI’s ‘Future of’ series, where industry experts look at cutting-edge trends impacting the way we live, work, and travel in urban settings. In a prior installment, we focused on the future of real estate. In this week’s Present Value, we examine the future of transportation, looking at the effects of transit-oriented development (TOD) on cities and communities, the shifting perspectives surrounding autonomous vehicles, and the future of high-speed transit. 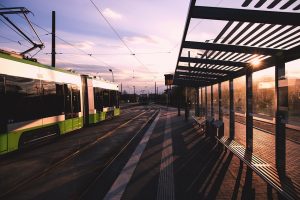 The concept and practice of TOD has had, and is continuing to have, a positive effect on the growth and development of cities and communities. Clustering development around transit stations creates opportunities and mutually reinforcing benefits for the community (through increased real estate development and property tax revenues) and the transit system (through increased ridership and fare box revenues). This approach is no longer just planners’ dreams, but now a key component in the toolbox of strategies to achieve successful community development. TOD concepts are increasingly appearing in comprehensive plans and redevelopment proposals, as well as the short and long-term plans of transit agencies. The shared goals for advancing TOD can foster revitalized mixed-use centers and neighborhoods, with supportive multi-modal and intermodal transit systems and projects.

The benefits of TOD also support more livable and healthier communities that encourage reduced auto trips, greater use of bicycling and walking, as well as reduced congestion and air pollution. TOD goals and benefits can complement and reinforce existing neighborhoods and communities, being sensitive to the impacts and changes that are likely to occur. Working with community and neighborhood residents and businesses can respond to their concerns while crafting mitigation measures, like land use buffers, transitional densities, community open space and trails; actions that can make TODs good neighbors in a variety of urban and suburban settings. Like any development proposal that results in changes to the existing landscape, imposing a solution without public involvement will result in project delays and the potential for failure.

Richard G. Bickel, FAICP, is a senior advisor to ESI. He has been a practicing professional planner for more than 43 years. From 2012 – 2014, Richard was Director of Planning for the Delaware Valley Regional Planning Commission In addition to supervisory responsibilities, he worked on Smart Growth, environmental justice, older suburb, neighborhood and transit-oriented development (TOD) studies. He also was principal drafter of Pennsylvania’s 2004 Transit Revitalization Investment District (TRID) Act to encourage TOD planning and implementation activities.

The Effects of Automated Vehicles on Public Transit 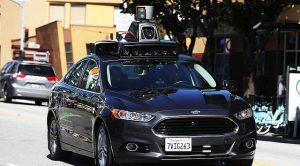 Evidence suggests there are great benefits to autonomous vehicles; adherence to speed and other traffic laws, reduced accidents and fatalities and smoother traffic flow with coordinated traffic signals (signals that would change based on the current flow of traffic, not based on the time of day). Drunk driving, cell phone and other distraction- caused accidents could all but be eliminated. These would all help reduce traffic congestion and greatly benefit transit vehicles that share the highways. Introduction of this technology on buses would provide the same benefits.

There are, however, several unanswered questions including how vehicles will react in poor weather conditions, handle unforeseen passengers, road debris and interaction with human-controlled vehicles. Of greater concern is the desire for driverless vehicles; the technology is there, but this presents more questions and consequences. Uber plans to introduce autonomous vehicles that could be summoned by their customers via their smartphones. This has obvious labor savings for Uber.  Driverless vehicles could also be used to run errands such as groceries and dry cleaning. But what happens if the vehicle is in an accident or breaks down? How will it react to emergency vehicles? What if there is an unplanned detour? There is also concern over cyber interference and recent accidents suggest the technology is far from foolproof.

In my view, driverless vehicles would create a significant increase in vehicles on the road, creating severe road congestion and potential chaos. This is a road we’re not yet prepared to go down.

Joseph M. Casey is a senior advisor to ESI and former General Manager of the Southeastern Pennsylvania Transportation Authority (SEPTA). Mr. Casey was instrumental in refocusing the organization on customer service and courtesy, cleanliness, communications, and convenience while delivering quality transit services to customers and the region. Under his leadership, SEPTA achieved record ridership and took a leadership role adopting a comprehensive sustainability program focusing on initiatives ranging from building an eco-fleet, developing alternative energy generation and storage, to station and facility recycling.

The latest and incredibly ambitious idea by Tesla and Space-X founder Elon Musk takes a magnetic levitation train (maglev) puts it into a high-tech pressurized tube and sends passengers roaring by in a fraction of the time it used to take to get from point A to point B. Think Maine to Florida in less time than it currently takes on a commercial flight. Unfortunately, we are many years away from large-scale of implementation of technologies like Hyperloop and the challenges are huge. New technologies always pose unexpected challenges—just think of the challenges Musk has encountered in manufacturing electric cars.

Hyperloop will most likely (and rightly so) be scrutinized and heavily tested for safety and reliability in the same manner autonomous vehicles are currently under review. And that’s after complex land deals are made, construction is finalized, and input from regional (and possibly federal) government is taken into account. Progress takes time, and big ideas like this should not be rushed, but even with that in mind, Hyperloop has a lot of people talking about the future of rail transit.

Meanwhile, countries worldwide have already invested in high-speed rail technologies that bring enormous benefits to consumers and businesses by efficiently connecting large and small cities alike. While maglev (one component of the Hyperloop technology) trains have only made a couple of appearances in commercial use (Shanghai Airport to the periphery of Shanghai being the leading example) high-tech, but conventional steel wheel trains are common throughout Europe and Asia, and regularly travel at speeds ranging from 185 to 235 miles per hour. These trains travel at speeds that are dramatically faster than the speeds of US’s fastest trains.

The benefits of faster train travel are enormous, ranging from time savings for travelers and business to less congested highways and air corridors. Without having to wait for HyperLoop, much of the potential benefits of can be captured now. Yet, while we are years away from even coming close to whizzing through tunnels at 600 MPH, Hyperloop should not go unnoticed.

*Click here for the source for average speed comparisons.

Dr. Richard Voith is a well-known expert in real estate economics, transportation, and applied microeconomics. As president and founding principal of Econsult Solutions, Dr. Voith oversees a wide variety of projects in the realm of housing, labor markets, transportation, and economic development. In 2013, he was a principal author of Understanding SEPTA’s Statewide Economic Value which demonstrated the importance of transportation investment for the state.