Econsult Solutions has been working with VISIT PHILADELPHIA to estimate and contextualize the annual visitor volume and economic impact of tourism on the Greater Philadelphia region. VISIT PHILADELPHIA has continued its record high visitations in the region with 41 million domestic visitors in 2015. With important events such as the recent visit by Pope Francis and this summer’s DNC, as well receiving the honor of being the U.S.’s first World Heritage City, it is no surprise that the Philadelphia region continues to attract tourists from across the U.S. These high visitor levels created a huge tourism economic impact in the region at $10.7 billion for the year.

See a snapshot of Philadelphia Tourism in 2015:

ESI provided a wealth of data to show the full extent of visitor volume and spending patterns in the five-county region. Over the past five years, a clear and steady rise in visitor volumes have been observed, resulting in an increase in visitor overall spending. 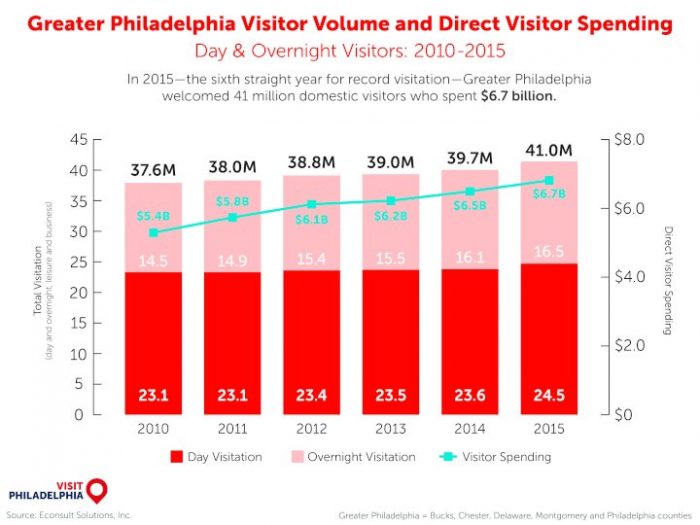 Further insights into spending patterns have been highlighted, showing the highest levels of spending going towards food, beverage, and lodging. 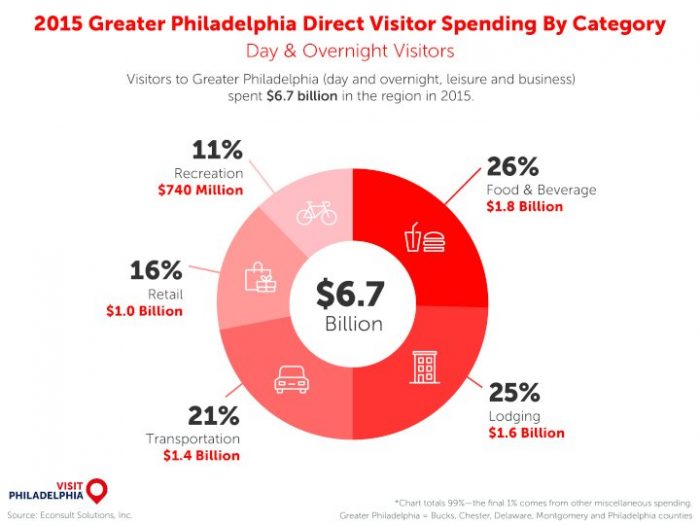