ESI was engaged by the Greater Philadelphia Hotel Association (GPHA) in 2013 to look at the impact of the under-performance of the Pennsylvania Convention Center in attracting group bookings shortly after its expansion. ESI calculated the current economic and fiscal impact of the Philadelphia hotel industry for the city and commonwealth. Next, ESI compared event bookings forecasts from prior to the expansion to actual bookings data for past years and current bookings data for future years. This allowed ESI to size the gap in bookings attributable to under-performance. The report showed that under-performance led to significant losses in potential economic activity employment and fiscal impact. Therefore, the efforts to increase future bookings above existing levels would generate significant economic, employment and fiscal returns. 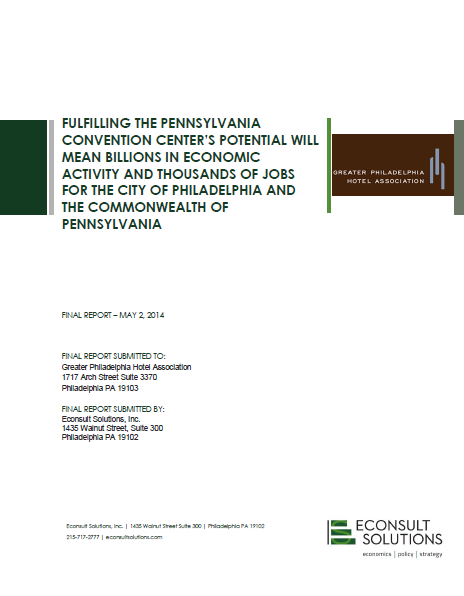