Econsult Solutions, Inc. (ESI) was commissioned by The Rowan University/Rutgers – Camden Board of Governors (“RURCBOG”) to produce a report titled, “Eds and Meds as an Economic Engine for the City of Camden and the State of New Jersey”. This report is the first in a series commissioned by RURCBOG to articulate the potential economic gains of its efforts at both a local and statewide level.

RURCBOG’s first major project is a Joint Health Sciences Center that is expected to open in 2018. The proposed building will play a pivotal role in enhancing the research and educational space in the region, thereby developing future health care professionals who will further contribute to the rapidly growing industry.

RURCBOG will play a significant role in improving and revitalizing the City of Camden, as well as in increasing the economic footprint of South Jersey. 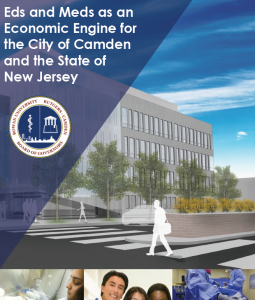