ESI is Proud to Sponsor this Zoning Event 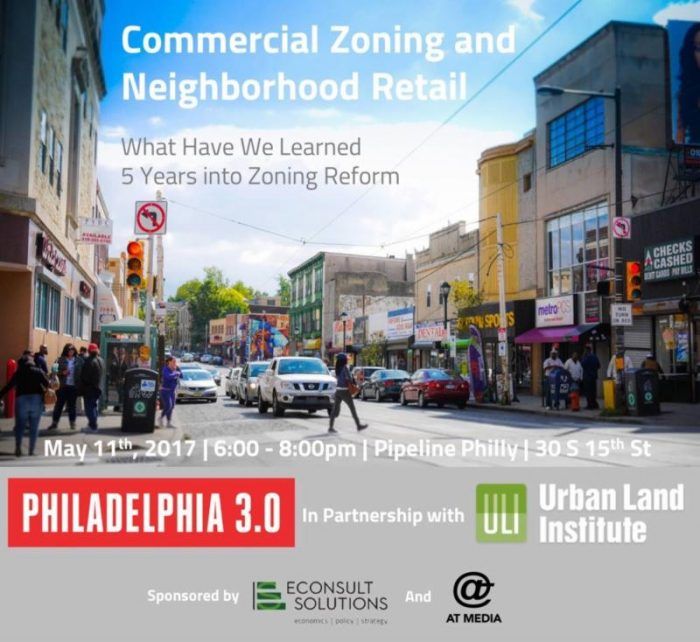 ESI is Proud to Sponsor Commercial Zoning and Neighborhood Retail: What Have We Learned 5 Years into Zoning Reform? The event is organized by Philadelphia 3.0 and the Urban Land Institute – Philadelphia and will take place Thursday, May 11, 2017 from 6:00 – 8:00 PM.

Join us for a discussion with local developers, neighborhood advocates, and representatives from the Philadelphia City Planning Commission and City Council about where Philadelphia stands on its zoning reform journey, and what further reforms might be conceptually—and politically—achievable.

Learn more about the event and register today.