ESI Works With GPCC to Develop “The Roadmap for Growth” 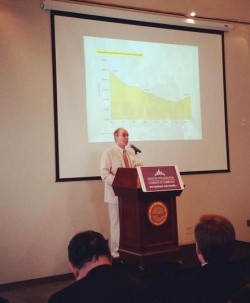 ESI prepared a fact-based economic and demographic inventory of the state of Philadelphia’s economy. This fact-based study represents an inventory of key economic indicators that will inform public policy makers and aid them in developing a plan for prosperity for the future. Over the next year and a half, the Roadmap for Growth campaign will serve as a venue to facilitate discussions around public policies designed to help generate growth opportunities and create jobs in the City of Philadelphia.
> Read The Full Report 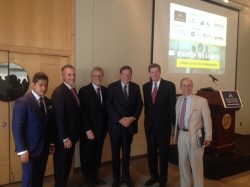 The Greater Philadelphia Chamber of Commerce launched the Roadmap for Growth for Philadelphia: 2015 – 2020 campaign during an event at the Independence Visitors Center on July 31.  The event conducted a public dialogue to develop a growth agenda for the city that promotes job creation and economic prosperity through 2020. ESI President Stephen Mullin discussed why this initiative is important to the city’s future and presented the findings of an economic and demographic analysis of Philadelphia.