Today in Present Value, we feature a case study from Building a Hyperconnected City, released by our thought leadership arm, ESI ThoughtLab. We review the successes and failures of the smart city projects in place in Kista Science City, Stockholm.

The district of Kista is a major information and communication technology (ICT) cluster, second only to Silicon Valley in size. Established in late 2016, the Urban ICT Arena within Kista includes a 2km stretch through the district’s center that has been wired with fiber infrastructure and all kinds of wireless networks, to act as a testbed for new technologies. The area provides an opportunity to learn from both successes and failures while projects are still in their early phases. 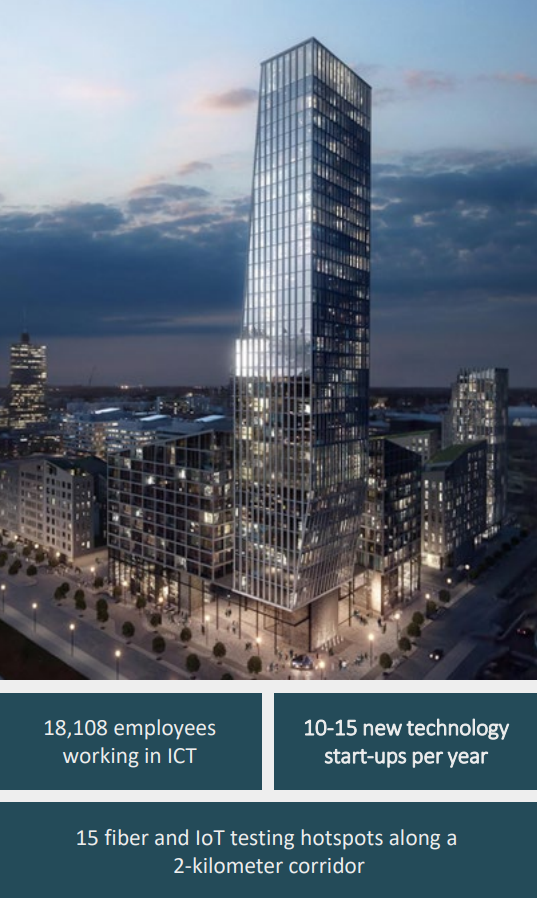 The area originally was planned as an industrial hub until ASEA and Ericsson relocated their headquarters in the early 80s. Stockholm then opted to try something new: a microcosm of a city where people could live, innovate, and work. By the late 80s, the KTH Royal Institute of Technology, Stockholm University, and the City of Stockholm formed the Electrum Building, which included office space, lecture halls, and laboratories. “They systematically began to develop ICT technology, together,” says Dalunde. By the early 2000s, Stockholm opened its first incubator for ICT startups; it now produces 10-15 new startups on average per year.

As ICT was becoming more connected, Kista was ready to embrace the change. Dalunde says, “We asked our stakeholders, ‘How would you like to proceed when digitalization and digital infrastructure has come and disrupted the old way of doing things?’. The answer was the Urban ICT Area.”

Understanding and engagement before action 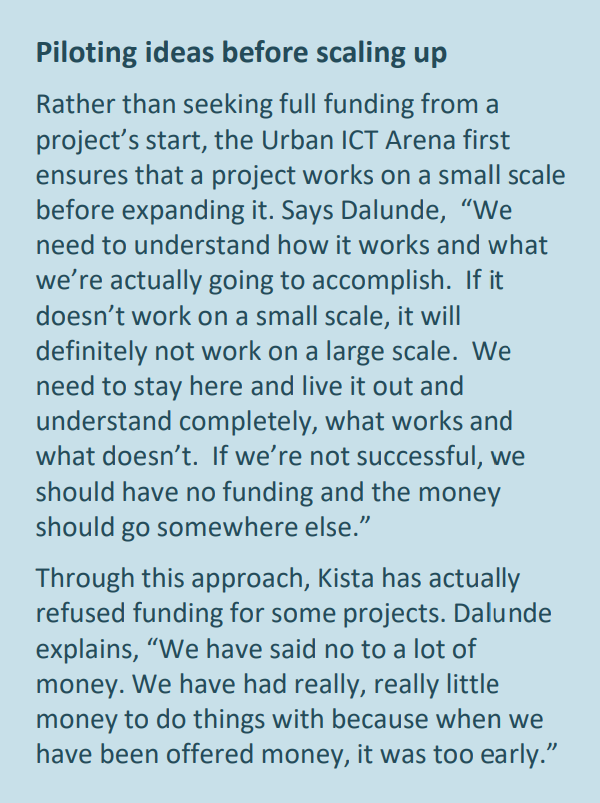 The Stockholm UAM Lab, a project to test the use of drones in urban areas, is currently underway in the Urban ICT Arena. Prior to the lab’s launch, Kista wanted to include all perspectives, not just those from large firms and stakeholders. Dalunde explains, “We asked the citizens in the pre-study: How would you react if we started to fly drones? What do we need to think about? What do you need to feel safe and secure, with drones over your head? The same for small and medium-sized enterprises: How do we need to design this for you to access it easily?” By asking such questions beforehand, the Urban ICT Arena mitigates “tech backlash,” which is often seen when the public is not engaged in decision making. Dalunde says, “It’s a question of building relationships to create trust.” The Urban ICT Arena understands that the goal of smart cities is to improve the lives of citizens, and for Dalunde this means communication—the old-fashioned kind. “We need to start talking together, to each other, in order to make a smart city for the citizens, not a smart city for the sake of being a smart city. Because that is not smart.”

“Drones in urban environments are a new infrastructure. We have to write the social contract between the citizens and society concerning this infrastructure. The more we digitize, the more society will be about inclusion, enabling, co-creation.”