The shadow economy, sometimes called the informal or underground economy, comprises economic activity that takes place outside of formal channels—generally to avoid governmental scrutiny and taxation—and is not included in the officially calculated gross national product (GNP). It results in significant social, economic, cultural, and political challenges. To better understand the impact of the shadow economy on the economies of 150 countries, Mastercard commissioned ESI ThoughtLab to develop a web-based tool – Pathways to Inclusion.  The Pathways tool consists of three components:

The results of the analysis were incorporated into an online interactive tool that allows the user to explore the data underpinning the indices, estimate the size of the shadow economy., and visualize the impacts of the policy measures. 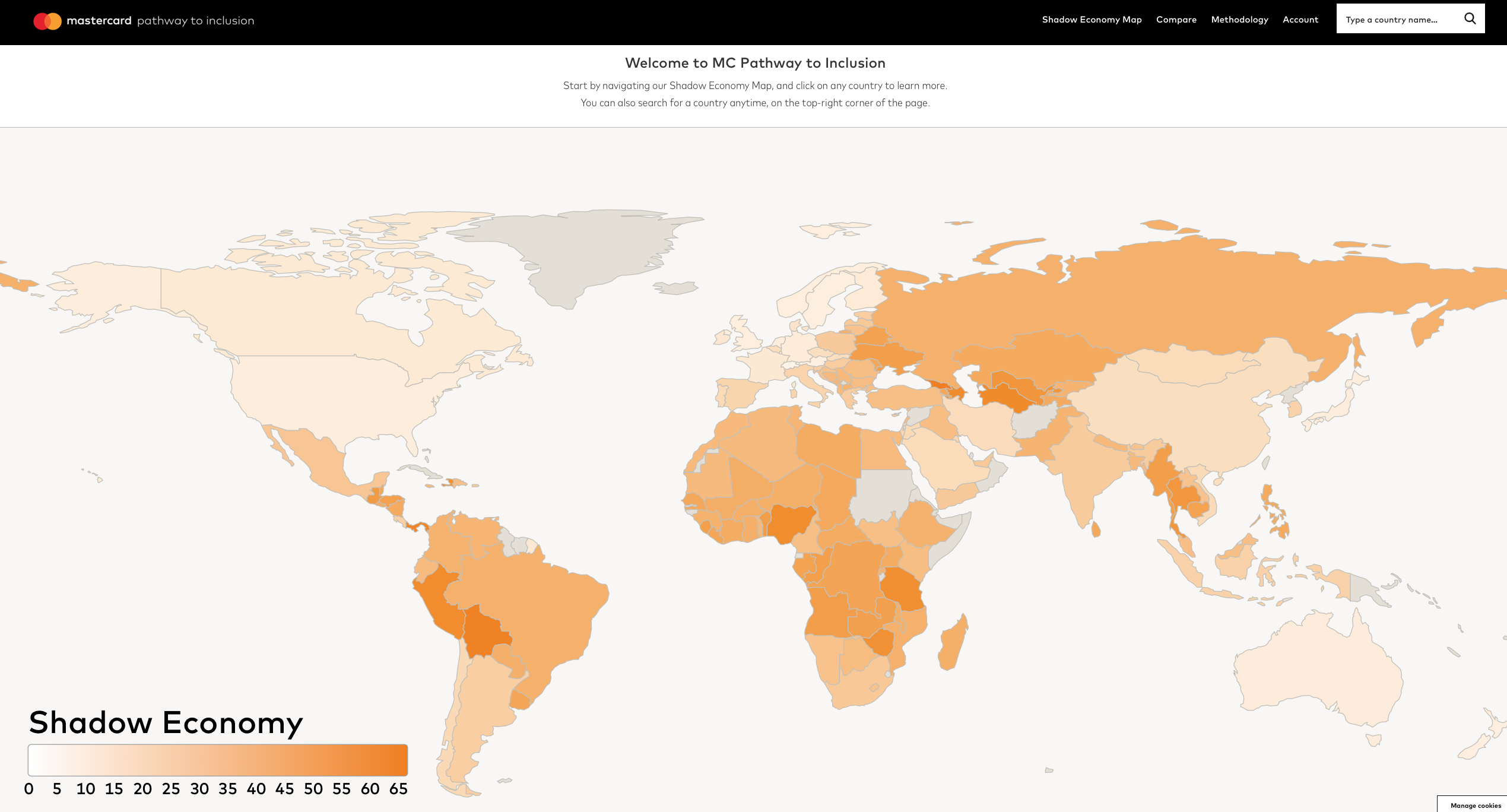