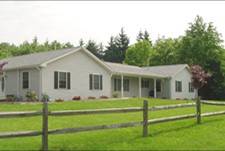 In January 2007, the Appellate Division overturned portions of the New Jersey Council on Affordable Housing’s (COAH) Round 3 growth share methodology and requested additional analysis to support the use of a growth share approach. The Court also directed COAH to determine how much vacant land is available in growth areas of the state.

Econsult was part of a team retained by COAH to research and analyze data, and make recommendations regarding appropriate methods and practices to answer the shortcomings raised by the Appellate Division of the Superior Court of New Jersey regarding the adoption of COAH’s Third Round of Rules. The team consisted of the University of Pennsylvania as the team lead, Rutgers University’s National Center for Neighborhood & Brownfields Redevelopment (“NCNBR”), Virginia Tech, and Applegate. The report addressed four specific tasks:

Econsult’s portion of Task 1 was to provide municipality level projections to 2018 of housing units and employment, as well as implied net changes between 2004 and 2018. These projection results and the inputs from other Tasks formed the base data for COAH to determine the statewide affordable housing obligations. In Task 2, Econsult presented a new approach to measuring the extent to which filtering has affected the supply of affordable housing for low- to moderate-income households in New Jersey from 1993 through 2005, as well as a projection of filtering for the 2006 to 2018 period. For Task 3, Econsult’s work involved offering recommendations for sufficient incentives to create a realistic opportunity for affordable housing units to be built. Finally, in Task 4, Econsult examined the way in which affordable housing need is generated by non-residential growth and offered recommendations for updating existing non-residential multipliers.