ESI found that, through PECO’s general operations, which include activities related to the transmission and distribution of electric and natural gas service, the company supports significant economic activity within the Greater Philadelphia Region and the commonwealth of Pennsylvania.

In 2014, PECO employed more than 2,400 people and the total economic impact of its general operations activities supported $4 billion in total output in the Greater Philadelphia Region. These activities generated approximately 8,750 full-time jobs and $730 million in labor income.

Throughout the commonwealth of Pennsylvania, PECO’s operations supported $4.5 billion of total output, 9,600 jobs and $760 million in labor income.

That economic activity also supported state and local government operations through taxes paid by PECO and its employees or generated through the indirect and induced economic impacts of its spending.

PECO directly paid or collected and remitted on behalf of its customers and employees nearly $188 million in state and local income/franchise, payroll, property, sales and use and utility taxes in Pennsylvania. The indirect and induced economic activities supported by PECO’s operation in Pennsylvania generated $17 million in state taxes. 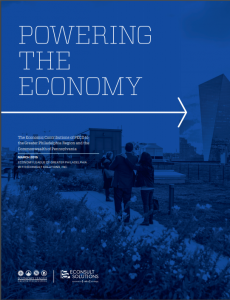