The Next Phase of Telemedicine is Coming, is Philadelphia Ready?

Healthcare is entering a phase of renewal as the industry returns to the original model of assisting patients in their homes and communities. Decentralized care was initially phased out in the early years of the US healthcare system as a result of difficult and extensive travel, a barrier which was initially resolved by centralizing care via the implementation of hospitals and clinics throughout the country. Now, rather than the traditional obstacles that once impeded patient services and outcomes, the greatest challenges in the US healthcare system come as a result of high cost of care and patient satisfaction. Technology could be the answer to these widespread issues in the healthcare system by providing patient-centered care quickly and at a lower cost, while eliminating long wait times, inconvenient travel, and high inpatient costs.

Telemedicine is a collective term for the use of digital and other telecommunication pathways in healthcare delivery and patient care. The infrastructure of telemedicine now includes the use of technologies such as the internet, wireless and terrestrial communications, video conferencing, chatbots, streaming media, and other digital channels.

The rapid infrastructural advancements being laid in the healthcare industry will lead to a drastic shift in healthcare employment in the country as technology becomes increasingly prominent in all levels of the field. Specifically, data analytics, data security, and other information technology positions will increase in demand as hospitals begin to implement telemedicine into present structures. According to the Bureau of Labor Statistics Occupational Outlook Handbook, the healthcare industry is expected to grow 18 percent from 2016 to 2026, more than any other industry in the country. A notable portion of these jobs will require computer literacy and data analysis skills as care continues to be delivered increasingly through telemedicine avenues.

According to HealthCare Weekly, the telemedicine industry is projected to grow at a compound annual growth rate (CAGR) of 19.2 percent and exceed $130 billion by 2025, up from $26.5 billion in 2018. By 2018, it’s estimated that 65 percent of interactions with healthcare facilities will occur through mobile devices. According to a 2015 research2guidance report, 80 percent of doctors already use smartphones and medical apps in their practice. Other trends include hospitals and insurance companies storing medical records in the cloud so that patients can access their test results online at any time.

In Philadelphia, telemedicine initiatives have already begun to reshape the region’s healthcare landscape with programs including Penn Medicine’s Center for Connected Care, Children’s Hospital of Philadelphia’s Dermatology Program, Temple Hospital’s Chronic Obstructive Pulmonary Disease Program, and Jefferson Hospital’s JeffConnect. These programs are bringing new innovative technologies and opportunities to the city and bridging the gap between those with and those without access to healthcare in the city whether it be due to distance, time, or economic disparity. Below is a map of the health centers in Philadelphia. From looking at the map, it is evident that there are areas in the city such as Kensington, Haddington, and Frankford that are underserved and in need of more healthcare service facilities. One way in which telemedicine is able to better serve these areas is by accessing these areas remotely through devices such as mobile phones, sensors that track real time data, and schools with access to remote physicians.

The next phase of telemedicine will include the introduction of widespread 5G, larger broadband reach, and the integration of telemedicine and insurance policies. In order for Philadelphia to remain a leading city in healthcare innovation, steps must be taken to improve the technological infrastructure of the city which is, as of now, less developed than the country average. Across the United States in 2017, the national broadband penetration rate by household was 83.5 percent in 2017 and in the Philadelphia suburbs, including South Jersey, it was 88.1 percent. In Philadelphia, the rate was 71.6 percent, the second lowest among the 25 largest cities. Below is a map of broadband access throughout the city. When comparing the above and below map, it is evident that the low-income areas which lack healthcare facilities also lack broadband access. In order to bridge the healthcare gap through the use of telemedicine, we must first bridge the digital divide of the city.

According to Pew Research, mobile phones have become a short-term solution to bridging this divide in Philadelphia and it is reported that 26 percent of low-income households are dependent on their mobile devices for internet access, up from 13 percent in 2013.  In order for Philadelphia residents to benefit from access to telemedicine services, forward thinking initiatives must be explored to create the steps towards more sophisticated technological infrastructures that would bring internet to low income areas of the city such as universal wi-fi, low-cost internet packages, and increased public facilities with internet access. In 2012, Comcast launched “Internet Essentials”, high-speed internet services to low-income parents with school-age children for the price of $10 a month, later expanding the program low-income veterans and senior citizens.

As we continue to see new technologies develop, we must also focus on laying a strong technical and policy foundation in Philadelphia that will allow for easy integration of new service opportunities in the field of telemedicine and healthcare. Both must work in unison in order for the city to excel in future healthcare prospects and take advantage of the increasingly technological advances happening in healthcare. 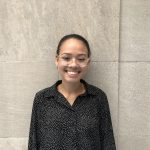 Kaitlyn MacLennan was an intern at ESI for the summer of 2019. Ms. MacLennan graduated from Temple University in May 2019, with Bachelor Degrees in Economics and Spanish. We wish Kaitlyn the best of luck in her future endeavors and thank her for her contributions to ESI this summer!