ESI prepared a fact-based economic and demographic inventory of the state of Philadelphia’s economy. This fact-based study represents an inventory of key economic indicators that will inform public policy makers and aid them in developing a plan for prosperity for the future. Over the next year and a half, the Roadmap for Growth campaign will serve as a venue to facilitate discussions around public policies designed to help generate growth opportunities and create jobs in the City of Philadelphia. 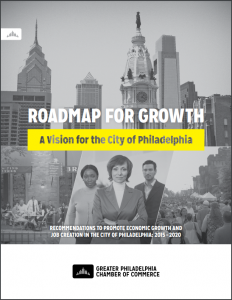