The Schuylkill River Development Corporation retained Econsult Solutions, Inc. to provide an estimate of the magnitude and composition of the economic and fiscal impacts associated with SRDC, and to provide an update to a 2005 report that measured the potential impacts of proposed projects at least partially funded by SRDC.

The SRDC is a non-profit organization which manages the planning and development along the banks of the Schuylkill River, along with the Department of Parks & Recreation, on behalf of the City of Philadelphia.
As of 2012, the Schuylkill River Development Corporation (SRDC) has completed numerous projects along the Schuylkill River including a 9/11 Memorial, bridge enhancements on Market Street and J.F.K. Boulevard, and a dock on Walnut Street. Currently, SRDC is constructing a boardwalk along the river, and is planning for future crossings and beautification projects to enhance the aesthetics of the Schuylkill River, for a total value of approximately $60,000,000. Specific economic and fiscal impacts of SRDC capital spending and resulting real estate investments include: 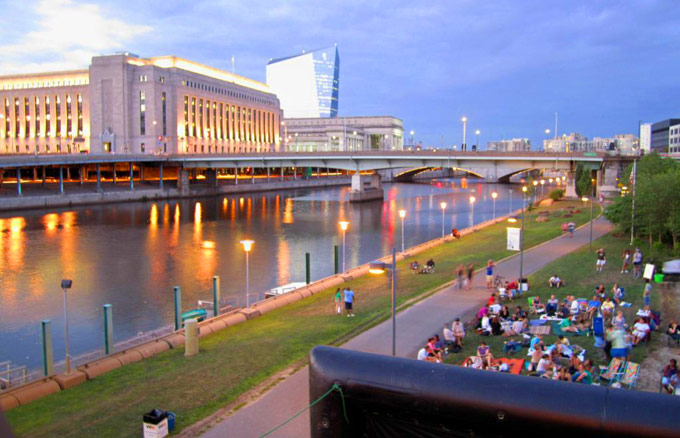