Each year, ESI is retained by North Broad Renaissance (NBR) to conduct a comprehensive review of the North Broad area. The 2020 report details the demographics, assets, and development in the target area.

This year, in addition to maintaining its programs, NBR will focus on three additional opportunities that will help move North Broad in the right direction: 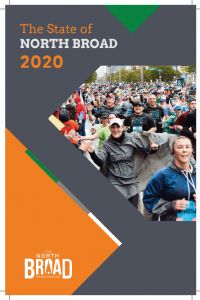