Using a customized economic impact model based on IMPLAN’s input/output modeling system, ESI found that the direct and indirect economic activity associated with PHL annually produces $15.4 billion in output within the 11-county Philadelphia MSA, supporting 96,300 jobs and $4.8 billion in total earnings. These earnings have significant fiscal impacts for state government and for local jurisdictions, generating $78 million in annual tax revenue for the City of Philadelphia and $295 million in state tax revenues for the four states touching the Greater Philadelphia region.

The report shows that the benefits of this significant center of economic activity are shared equitably by local residents and firms, and by employees of color and disadvantaged business enterprises. Most employees reside in the Philadelphia region and are members of minority groups. Besides, PHL’s procurement policies promote diversity in its suppliers, ensuring that a significant proportion of vendor spending (22%) accrues to minority and women-owned firms.

Additionally, the airport’s extensive national and international network of air service connections through PHL allows regional residents to easily access destinations, saving them an estimated 200 million miles each year in travel distance relative to alternative airports in the region.

Beyond the businesses who directly serve airport passengers, a range of business activities that occur throughout the region and have an impact on the regional economy are dependent on the connections enabled by air service, and the Philadelphia region could not support the broad base of business activity critical to economic growth without the contributions of PHL. PHL is thus an essential quality of life amenity, as well as a vital economic driver for the Philadelphia region. 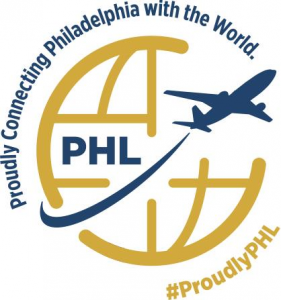 “The Philadelphia International Airport has reached new heights in terms of the economic wallop it generates for the 11-county Philadelphia area, according to a new report that pegged the airport as ‘a center of significant direct economic activity’…”

“…‘To have a world-class city and region does not happen unless you have a vibrant, growing, efficient, effective air transport system, and a world-class airport,’ said Rob Wonderling, president and CEO of the Chamber of Commerce for Greater Philadelphia.” 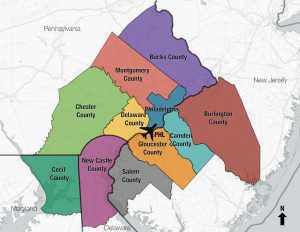