The Economic Impact of the 2012 Philadelphia Auto Show

Econsult Solutions, Inc. (“ESI”) was retained by the Automobile Dealers Association of Greater Philadelphia (“ADAGP”) to analyze the economic and fiscal impact of the Philadelphia Auto Show on the City of Philadelphia and the Commonwealth of Pennsylvania.

Annually, the Auto Show draws hundreds of thousands of visitors and dozens of exhibiting auto manufacturers into the City. It is recognized within the automotive industry as one of the nation’s top shows and generates revenue for the City and the Commonwealth through direct and ancillary spending done by the exhibitors, and also through the tax revenues generated from this spending.

In 2012, the Philadelphia Auto Show brought in over 250,000 attendees. ESI found that the Auto Show is responsible for supporting hundreds of jobs and generating millions of dollars through direct expenditures and ancillary spending in the City and Commonwealth. ESI also found that the impact in 2012 was over ten percent larger than the 2011 show, and there was approximately a 15 percent increase in tax revenue for both the City and the Commonwealth. 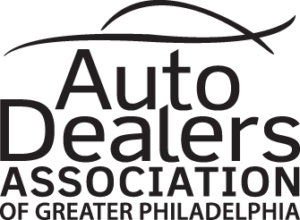