The Economic Impact of Tourism in the Greater Philadelphia Region

In 2015, Econsult Solutions, Inc. (ESI) was retained by Visit Philadelphia to quantify the impact of tourism in the Philadelphia region. To do so, ESI analyzed the injected spending of outside visitors into the local economy and broke down the subsequent economic and fiscal impact impeded upon the various local tourism-centric industries.

In our analysis we found the following:

This activity supported 5% of all regional employment with 93,000 jobs and a labor income of $3.2 billion. Full-time jobs are estimated to represent 72% of this total. Visitor spending in the Greater Philadelphia Region supports direct, indirect and induced employment across various sectors including the; food and beverage industry (33%), lodging (17%), recreation (13%), transportation (11%), retail (8%), and other (18%).

Our research also found the leisure and hospitality industry has been the fastest growing sector of the Philadelphia economy since 1997 with employment increasing by 44% (or 21,000 jobs) per year.

Furthermore, state and local taxes generated by visitor spending totaled $612 million for both state and local governments, a 2.4% increase from 2014. Personal income, sales and business tax revenue made up $216 million in 2015, an increase of 2.5% from 2014. While, local property tax, hotel tax, parking tax, amusement tax and liquor tax generated a combined $82 million from visitor activities. 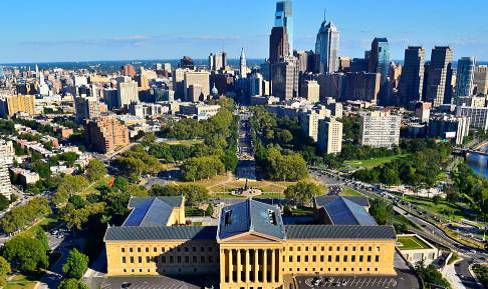 The Potential Economic Impact of the 2023 Philadelphia Flower Show