What is a hyperconnected city? ESI ThoughtLab defines it as one that leverages new digital technologies to transform and interconnect key areas of an urban ecosystem in order to unlock the greatest potential economic and social benefits for its citizens. These benefits come in different forms—from quantifiable advantages such as faster public transportation, lower crime rates, and higher levels of business investment, to less tangible gains such as greater citizen satisfaction. They touch on key areas of the ecosystem, including environment, energy and water, IT infrastructure, governance, talent and education, among others.

While arguably the trickiest pillar to measure precisely, The Connected Citizen is, by far, one of the most important. It evaluates how well a city engages and interacts with its key stakeholders, what methods it uses to communicate with them, and even how familiar citizens are with their city’s overall smart city initiatives.

Engaging citizens not only brings potential benefits, including greater citizen satisfaction, but it is also key to the success of a hyperconnected city. In our survey, gaining the support of citizens and other stakeholders was cited by 52% of respondents as the biggest challenge to developing a smart city program. The figure is even higher (75%) in lower income markets, where citizens often see smart initiatives as only beneficial for the rich. Furthermore, only 32% of average citizens in our 100 cities are very familiar or extremely familiar with their city’s smart city activities. For lower income cities, that figure is just 13%.

Overcoming citizen skepticism and lack of knowledge can only come through programs that engage citizens even more actively and concretely demonstrate the value of smart initiatives.

Moscow is a city that provides an instructive example of citizen engagement best practice. To ensure that all citizens—particularly older ones—benefit from its smart initiatives, it developed several programs, including one to train people on using digital technology, websites, and apps. It also built a platform that that facilitates two-way information flow. According to Eldar Tuzmukhametov, head of Smart City Moscow, “We deliver services to citizens, but we also want to hear what they think, what they do, and what they need.”

To optimize its services, Smart City Moscow collects data from its citizens, including their opinions on current services and ones they want the most. Its digital platform ensures that stakeholders have up-to date communication and are regularly involved in decision-making. The platform offers nearly 300 public services for citizens and businesses via a website and a mobile app. “We provide nearly one billion services per year,” says Tuzmukhametov. But it also asks them for suggestions, and acts on them.

It is important for cities that seek to advance on their journey to heed the lessons from Moscow, which has made connecting with its citizens a prime focus of its activities. Other key findings from our survey underscore how citizen engagement correlates with being a hyperconnected leader. Eighty percent of cities that are leaders in our rankings keep their citizens informed of smart city initiatives, versus 46% of other cities. Some 96% of leaders reach out to stakeholders regularly to demonstrate the value of smart city programs, versus 42% of others. And leading cities are more likely to have a chief citizen experience officer (28%) than others (12%).

As notes Tuzmukhametov of Smart City Moscow, becoming a hyperconnected city is not just about technology; it’s about people, processes, and policies. 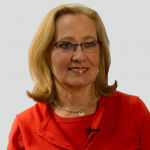 Anna Szterenfeld is Director of Editorial Operations for ESI ThoughtLab. She is a multilingual writer and editor with 30 years of experience assessing and forecasting global political and economic risk, policy trends and business operating conditions, with a particular focus on the Americas. For many years she served as Regional Manager and Latin America Editor with The Economist Group, where she supervised analysts and editorial teams in Mexico, Brazil, London, and Gurgaon (India), as well as a contributor network in more than 20 countries.