ESI was retained by the NJASCU to express the impact of its seven member institutions on the New Jersey economy. ESI found that these member institutions are responsible for a significant amount of economic output, supporting thousands of jobs in the state and generating millions of dollars each year in state tax revenues. They also collectively fulfill a critical role in making the state economy more competitive, enhancing the vibrancy of local communities throughout the state, and creating pathways to middle-class jobs for state residents. NJASCU institutions produce a compelling return on investment of state dollars and are an important part of the state’s future vitality. 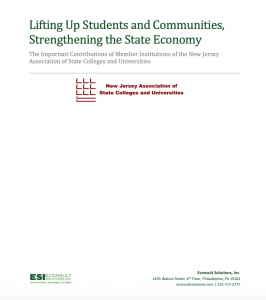 How Has COVID-19 Impacted the International Student Experience