The COVID-19 pandemic has encouraged the reframing and reimagining of countless policy decisions, laying bare the strengths and weaknesses of systems ranging from public health to welfare, financial regulation to political federalism. However, the unique and dire circumstances induced by the pandemic have pulled into the spotlight innovative solutions to these problems with implications that extend far beyond the present moment.

One of these critical problems was highlighted by the nationwide imperative for social distancing, keeping people home and putting a strain on broadband infrastructure as we log on for remote work, online schooling, and telemedicine appointments. We rely on our internet connections more and more for everyday activities, and the pandemic has underlined an ever-increasing demand for the high-speed connection provided by fiber-optic networks. Monopolization and the resulting higher prices, an often natural side effect of increasing returns industries, have drawn attention to municipally-subsidized fiber optic networks as a potential solution. Fiber optic networks consist of underground fiber cables connecting to households, businesses, and public facilities. Though more labor-intensive to install, these systems tend to deliver faster connection, and sometimes significantly so, than traditional broadband. Aside from overcoming barriers posed by restricting in-person learning, working, and erranding, many local governments have begun to see the expansion of municipal fiber networks as key to developing smarter, more prepared, connected, and equitable cities.

There are many different ways to implement municipal fiber networks. Full Service networks provide local governments with the greatest control, while saddling them with the largest cost burden. The locality not only builds the infrastructure, but also acts as the sole ISP and delivers internet, TV, and phone connection directly to households and businesses. In Open Access and Dark Fiber systems, local governments build the critical fiber infrastructure and lease out the cables to ISPs that compete on a common, municipality-subsidized network. Finally, public-private partnerships allow the city to work with ISPs to build out the infrastructure, and then set performance standards on the new networks. The approach taken depends on multiple factors, including the goals for the project, the willingness of ISPs to participate, population density, and other aspects of locality-specific cost-benefit analyses.

Many cities have experienced resounding successes and strong ROI from their municipal fiber networks. Aside from lowering costs and greatly improving connectivity speed for homeowners and businesses, Chattanooga’s full service network is attributed with the creation of up to 5,200 new jobs, expanded the city’s data collection to over 16 million data points per day (up from 2-3 million data points per year a decade before the smart grid was developed), and helps to support a vibrant and growing tech industry. Stockholm’s city-owned Stokab Holding Company invested in Dark Fiber infrastructure in 1995, and after 13 years the network began turning a profit, while propping up the city’s status as a tech hub (see: Skype, Transmode), allowing the development of over 50 different public e-services, and providing the groundwork for open data initiatives to grow the private sector. These success stories are not isolated; from Utah to Amsterdam, well-designed municipal fiber network initiatives have led to smarter, more economically attractive, connected, and capable cities.

For cities that determine themselves to be good candidates for fiber optic networks, adequate funding opportunities are plentiful. In the United States, federal and state level grants through the Department of Transportation and related organizations can help support municipal fiber networks and other smart city initiatives (in fact, many of these grants tend to focus on rural communities that otherwise might struggle with the cost burden). Reallocating tax revenues and interdepartmental loans have also been used effectively to fund these projects. However, many cities have engineered more creative ways to fund municipal fiber networks. Under Louisiana law, Lafayette was barred from using state or utility money to fund its LUS Fiber Network, so after a local referendum, it chose to issue a $110 billion bond to support its development (the network achieved cash-positive status in 2012, and has turned a profit every year since). Amsterdam faced similar legal red tape, and chose to forge a public private partnership with two private investors and five housing corporations (the city retaining a one-third stake in the network) to secure funding for its successful Citynet program.

Still, it is important to note that municipal fiber networks are extremely expensive to install and require continuous upkeep by qualified experts. For reference, fiber network operators have spent $210 billion in broadband networks and other infrastructure since 1996. If planned well, municipal fiber networks can be enormously beneficial to citizens, businesses, and public operations, but if planned poorly, they can turn into sinkholes for tax dollars and unserviceable debt. While higher-density cities with complementary infrastructure to attract talent and broad tax bases are more likely to turn a profit and grow from their network investments, low-density rural towns with challenging geography are more likely to struggle with smaller returns and exorbitant installment and maintenance costs. Some cities have also faced legal challenges to their initiatives by incumbent ISPs. Realistic expectations, reasonable debt incursion, and meticulous planning and support are hallmarks of successful municipal fiber networks. 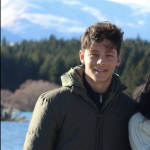 Kian Williams is a summer intern with ESI. Kian is studying Mathematical Economics and Political Science at Haverford College, graduating in 2022.

How Can Broadband Connectivity Benefit Rural Areas?
Share This