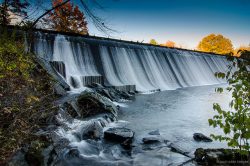 We take the instantaneous availability of safe water for granted. Which is not surprising, since we are 164 years removed from the cholera outbreak in London, which triggered the advances in sanitation that have mostly eliminated water-borne illnesses in the developed countries. The basic technologies that underpin the sourcing, treatment and transport of water free of microbial contamination have been around for over a century now. One can go even further back in time (examples being the Romans and the Indus Valley civilization) for evidence that sustainable urban environments depend on the careful management of water supply and human waste.

The term “infrastructure” usually conjures up images of failing bridges and potholed roads, not so much water mains and sewers. And yet, urban communities have assiduously built, expanded and rebuilt this basic public health infrastructure for over a century, repeatedly affirming its core value as a sort of “force field” protecting us from waterborne disease. However, the uses we put safe drinking water to go far beyond consumption. The public enterprises that deliver this service reflect this latter reality in how they are funded – typically through a fixed base fee and a variable charge based on volume. Participation in this urban enterprise is not optional, however; laws require the establishment of connections by new community participants.

Because community members at differing levels of income pay the same amount for the same “quantum” of service, the net effect is that the revenues needed to support the system are collected in a regressive manner. Contrast this with, say, roads and bridges, where the funding mechanism is generally rooted in a progressive approach to revenue recovery. Relative wealth matters in this case, regardless of how much individual “use” is made of these assets. 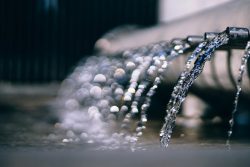 The public enterprise, or utility, model has worked really well for us so far. Nevertheless, the Public Health objective driving our water/wastewater infrastructure is a “value” proposition, which is at odds with the commodity sales approach to its funding. The public enterprise differs in a fundamental way from other businesses – it cannot fail. The upkeep of the infrastructure that keeps this service viable cannot be deferred, causing the revenues needed to continue to rise. Couple this fact with growing income inequality, and we can see that, in the coming decades, we will need to find a new balance between the “force field” and “commodity” models.

rinivasan is a Senior Advisor at Econsult Solutions, Inc. He is Principal of the Kash Srinivasan Group, a management consultancy focused on the environment and infrastructure. The practice builds on his extensive public sector experience involving stewardship of municipal water and wastewater systems, pollution mitigation, greenhouse gas reduction, waste management and recycling programs and other basic services.