Higher Education: What Will It Look Like in Five Years? – Revisited!

In April 2019, I published an article with ESI attempting a prognostication on the future of US higher education. Little did I know that 2020 would be the most dramatic and unpredictable year ever in higher education. That said, I was pleasantly surprised when I reread my 2019 article this week that despite the upheavals in higher education and the world, my predictions were reasonably accurate. It does make sense, however, to revisit these predictions as a way of assessing what has and has not changed in this momentous year.

I began my predictions by taking a serious look at the college admissions crisis which had hit the news media in March 2019. I was appalled by the story of William Singer orchestrating bribes by wealthy and prominent parents to secure admission for their children at prestigious universities. The only question in my mind was how far up into university administrations the culpability rose and how damaging to the admissions process the revelations of athletic department control over freshman admission slots would be. I suggested that what we were observing in the spring of 2019 was the tip of an iceberg and that more revelations and change in college athletics and admissions were forthcoming.

For the most part, I was wrong. While I remain convinced that the scandal was the tip of an iceberg (if William Singer was involved with over 50 individuals and families, there must be many more cases that have not been uncovered), the story has lost steam and interest. This may be true because it challenges the image of prestigious universities and the “sacred cow” of college athletics. Certainly, the story has been overwhelmed by the COVID-19 crisis. That said, more than 50 individuals have been charged and 28 parents have pleaded or been found guilty, most being sentenced to both jail time and restitution.[1] On a somewhat humorous note, former Pimco CEO, Douglas Hodge, who was sentenced to 9 months in prison for paying more than $850,000 in bribes has petitioned to be released from jail because jail is “torture under United Nations Guidelines”.[2] Unfortunately, there has not been a stampede on the part of university presidents to rein in this problem area of the admissions process. It will be interesting to see if COVID-19 is capable of having a long-term impact on college athletics. College athletics, especially football and basketball, are ripe for change—in the past, however, they seem to have been highly insulated from it as well.

Fortunately (or unfortunately), my batting average was much higher on the remainder of my projections.

The number of colleges and universities, particularly in the Northeast, will shrink.

Even before the COVID-19 crisis this was not a good year for struggling colleges. I, like many others, suggested that we would see an increase in the number of mergers and closures. This has been the case. There has even been movement toward consolidation of campuses of state university systems, most notably among the PECHE institutions in Pennsylvania. Vermont proposed and then rescinded (bowing to political pressures) a consolidation of several of their state colleges. In 2019 and 2020, 21 colleges closed or merged.[3] In July, NYU marketing professor, Scott Galloway, took the extreme position of categorizing the universities in US News’ Top National Universities rankings into four groups—schools that are likely to “perish” (reworded now to  “challenged”), “struggle,” “survive,” or “thrive.”[4] Eighty-nine schools were identified as being likely to “perish”/be “challenged” and 131 were categorized as “struggling.”[5]  While there is much to quibble with about Galloway’s methodology and judgements, he makes a strong case based on his metrics (measuring a college’s value proposition and its vulnerability the competition and environmental disruptions) and they clearly have significant face validity.  If his predictions are even 50 percent accurate, a significant number of prominent US institutions are going to be challenged in the next few years. It is likely that an important tipping point will come this fall if campuses are not able to open to residential students or if campuses have to close midsemester because of COVID outbreaks. For example, only one week into the fall semester, UNC-Chapel Hill was forced to cancel in-person classes and take action to decrease dormitory density stands as a warning of what the next month may bring to college campuses because of rapidly spreading infections.[6] The resulting loss of revenue will lead to the insolvency of many small institutions whose finances are already marginal.

Universities will be forced to focus more on “workforce alignment.”

While the COVID-19 crisis has created tremendous challenges for student internships and co-ops, I suspect that it has done nothing but increase the emphasis within universities on workforce alignment. During the past year, more than one state university system has commissioned external analyses focused in part on how the system, its member institutions, and their programs can become more aligned with the workforce and economic development needs of the particular state and more coordinated with each other. As schools have examined their curricula, relevance to workforce needs has become a critical metric. The most notable example comes from the University of Tulsa. Tulsa is cutting 40 percent of its academic programming[7], eliminating majors in areas such as musical theater and performance, women’s and gender studies, and anthropology and master’s degrees in law and the fine arts. Programs in business, health and law will be reorganized into a “professional super college” and all programs will be transitioned into interdisciplinary divisions built around “contemporary issues.”[8] This trend it likely to intensify as we recover from the COVID-19 recession.

“I think many universities will be accelerating strategic plans to expand their online presence and not have to rely solely on students showing up on campus.  COVID-19 has accelerated that disruption, and I think universities will be compelled to make sure they are effectively agnostic as to where and how their students are accessing their education.[9]”

The foothold of online higher education is solid and growing.  The Economist reports that one-third of all degrees at US institutions last year was awarded from an online program, up from one-fifth in 2012.[10]

While we speak of a COVID-19 Crisis in higher education, the virus did not create the problems that exist in the US higher education business model. We may see chasms in our universities today, but each was a significant crack pre-COVID-19. Demographic trends, resistance to high tuitions and fees, questioning of the value of a college degree, and the general inflexibility of higher education pedagogy have been challenging universities for a considerable number of years. The disruption of online education and the closure of substantial numbers of marginal colleges was predicted in the last decade. A growing economy probably “bought” universities a decade of inaction. COVID-19 “called the question” on each and every one of the problems with the higher education business model.

Change will now accelerate. Significant amounts of instruction and programming will move online. Programmatic changes that were long overdue (eliminating programs that are not cost-effective and increasing investment in programs with growth potential) will occur as universities try to forestall the loss of additional students and to attract new ones. The structure of institutions will change dramatically from the consolidation of state university campuses to the merger of small struggling private colleges with more successful independent colleges. The footprint of college campuses will shrink—there are too many buildings and not enough bandwidth.[11] And there will be college closures. It is certain that it will be substantial and, locally, quite painful.

On the bright side, even Scott Galloway predicts that certain universities will “thrive” and substantial numbers will “survive.” Those that fit into these two categories have substantial endowments and reputations or are flagship state universities in economically stable or growing states. For the schools in Galloway’s “struggling” category, success will depend on adopting effective strategic initiatives to respond to the changing higher education landscape. 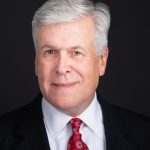