As we look forward to a “better normal” in a post-pandemic world, how can cities and economic development professionals ensure that incentives and programs targeted at business growth are equitably distributed? Diversifying how state and local governments support economic recovery and growth across our communities is more important now than ever. ESI Principal Gina Lavery (GL) and former Acting Philadelphia Commerce Director Sylvie Gallier Howard (SGH) compare notes on what governments must consider in planning for COVID recovery.

GL: Sylvie, can you tell me a little bit about why/how you got involved in economic development?

SGH: One of the most formative experiences of my career was when I was in college studying abroad and I interned at a small, local non-governmental organization (NGO) in Ecuador serving women-owned micro-enterprises. This experience of fostering and spurring economic independence and wealth as a means of escaping poverty was my inspiration for becoming an economic development practitioner. Ultimately, I spent eight years in leadership positions at the Philadelphia Department of Commerce, culminating with me serving as Acting Commerce Director during the first 9 months of the COVID-19 pandemic. Throughout these experiences, I have sustained the belief that entrepreneurship and job creation are the best means of poverty prevention and alleviation.

GL: I had a similar initial spark that got me interested in economic development. I realized early on in my career that a lot of the dynamics attracting me to consider international development were some of the same challenges that my hometown faced. I grew up in Philadelphia constantly hearing about brain drain so I considered what opportunities might keep me local. Tell me a little bit about your experience working on the Amazon HQ bid process a few years ago and what lessons you learned.

SGH: I played a lead role in Philadelphia’s HQ2 bid. I spent six weeks of round-the-clock days becoming an expert on Jeff Bezos and Amazon, attempting to develop the perfect pitch to land the prize of 50,000 new jobs in Philadelphia. The Amazon HQ2 process was a total anomaly in terms of its scale and public nature and it prompted a very real tension to surface. We landed the top 20 list and I continue to consider that a huge win for the city, but after witnessing the massive backlash that took place in Queens, NY and Amazon’s reversal of their decision, I have wondered if the same thing could have happened in Philly. And because of the Amazon bid, I began to think a lot more deeply about incentives.

The reality is that Philadelphia has a jobs problem; we have trailed the national job growth average and that of other major cities for years, decades even. I held the thought of 50,000 new jobs, millions of dollars of new tax revenue, and the impact that could have on reducing poverty in Philadelphia, top of mind as we shaped that pitch. After all, incentives are meant to be an investment in future revenue. While some accuse governments of “giving away the farm,” there is no reason that a government would want to “give away” money. The tax revenue that comes in from the creation of new jobs should amount to a strong return and long-term revenue gain.

GL: And the resulting benefits of that tax revenue is that it is ultimately reinvested into constituent services, including many for lower income residents, ultimately supporting our neighborhoods and communities. ESI supported a number of clients with parts or all of the Amazon HQ2 bid back in 2017, including the City through PIDC. We also ended up supporting Camden, and the City of Chester/Delaware County with their applications and also work with the Commonwealth. I think a lot of us economic developers saw the general Amazon HQ2 bid and the ensuing backlash in NYC as a moment to rethink the traditional approach to incentives as well as the general tax structure of our cities and states.

At ESI, we’ve worked with some municipalities/state governments on the East Coast to think about how to rework existing programs or develop new ones. From our research, we have found a disconnect between the goal of incentives and measuring outcomes. Sometimes job creation metrics, and especially the type of job created, isn’t even tracked or monitored after the initial application. And there have generally not been requirements on local hiring or supporting workforce development initiatives that help grow talent locally. While we often operate in a world very rich in data, there are some very fundamental gaps in measuring these programs. Without those metrics, it is so hard to measure any kind of return on investment. Even when we know the government’s upfront investment, the return can be difficult to measure or the long-term nature of the economic impact seems intangible.

Given your time in Philadelphia’s Commerce Department, how did you think about ROI on incentives? Did that change at all after HQ2?

SGH: In Philadelphia more than 40% of municipal revenue comes from wage tax, and those jobs are critical to covering the cost of so many important basic services residents need and deserve. For that reason, there is a very real motivation to attract higher paying jobs that bring much needed tax revenue to City coffers. But what has always given me pause about incentives for very large businesses is the opportunity cost. How many small businesses could we have provided grants to with the same amount? What gains would we have made if we had invested those dollars in education or workforce programs, increasing access and economic opportunities for those who need it most? What is the value of those dollars to a large corporation relative to small business owners?

GL: That’s a great point, especially in light of COVID and the small business support that have been extended nationally. Many relatively large businesses that are considered “small businesses” by the government definition were more organized and sophisticated, so they were able to benefit from the PPP funds or financing, while the more micro businesses really struggled with the administrative hurdles or maybe didn’t even qualify. Similar to incentives and economic growth, if we want to support these small businesses to be sustained through an economic downturn and recovery, we can’t make access to capital beyond their grasp. Another component to economic growth/recovery in the context of COVID is ensuring a business-friendly environment in our cities for the businesses that are here or trying to rebuild.

Commerce and PIDC’s COVID-19 Small Business Relief Fund was one good local example. How else did the city innovate in the last 10 months in terms of small business support?

SGH: The pandemic in particular has led the City to understand that it should be investing in its residents’ ability to attain jobs and in long-term equitable economic vitality, as opposed to short-term wins. For example, in 2020, some of the dollars that would have gone to business attraction incentives were invested in Philadelphia: Most Diverse Tech Hub, a program that builds diverse tech talent pipelines and supports Black and brown tech startups. Governments typically hope that local residents will benefit from the jobs associated with business attraction and retention efforts. However, governments should be more intentional about finding ways to ensure local residents have access and skills to attain these new jobs, perhaps by including incentive requirements to ensure such goals are met.

Moving forward cities, such as Philadelphia, should determine if the dollars that are dedicated to incentives and tax credits could instead be invested in increasing economic competitiveness through more equitable means of competing long-term, perhaps through tax rate reductions. Cities should adapt and evaluate their incentive toolbox as often as needed to meet core priorities. For example, during an economic recession, when budgets are tight and Black- and brown-owned small businesses are most in peril, incentives could be spent on helping these small businesses survive, rather than tax credits for large companies. And when incentives are used for job creation, governments should ensure those jobs are quality jobs and that they are being offered to populations that traditionally face obstacles.

GL: COVID has definitely made it clear that a racial equity lens must be applied to economic development decisions. But the inequitable growth in our communities is not at all new— a 2020 essay published by Brookings Institution noted that none of the U.S.’ 200 metropolitan areas consistently reduced key indicators of inequality. However, COVID has placed a spotlight on disparities, further aggravated by the challenges that the pandemic placed on small community businesses such as retailers and food service.

There is a lot of talk about the “new normal” or “better normal” after COVID; I like the latter since it acknowledges that we can and should be focused on improving the old status quo. What other changes do you think might emerge in the economic development space?

SGH: As we look forward to a “better normal” in a post-pandemic world, what if cities and economic development professionals shift the focus from investments that benefit a handful of companies, to investments that ensure high quality education, a skilled workforce, and small business development, benefitting all of their residents and neighborhoods? How many more local residents would have accessed quality jobs if the resources that went to a few businesses had instead gone to education or workforce programs? How many small businesses would have started or grown? And does the opportunity cost of not having invested in education, small business or workforce surpass the return on the investment to a few companies to retain or create new jobs?

Again, these are questions that will probably remain unanswered, but that doesn’t mean we shouldn’t focus on such matters moving forward. In the future, economic development practitioners should work very closely with their education and workforce counterparts to ensure that economic investments in businesses and jobs are strongly connected to skills development in K-12 schools, community colleges, and beyond. Economic development cannot just be focused on attraction efforts and must prioritize building from within.

GL: With cities and states potentially facing tough decisions with lower revenues and tighter budgets, the question of where to invest dollars to spur the greatest potential economic recovery are more critical than ever. It seems like now is the time to scrutinize past incentive practices, consider trade-offs, and think creatively about the best approach to revive our communities’ economies.

There are lots of ways to invest in building equitable, inclusive economies and it will take true intention to be successful. 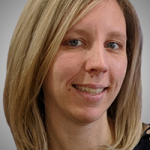 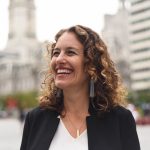 Sylvie Gallier Howard is Founder & CEO of Equitable Cities Consulting, a practice focused on expanding the field and impact of inclusive, equitable economic development. Sylvie has extensive experience leading organizations and diverse teams in the non-profit, private and public sectors. In her most recent tenure at the Department of Commerce as part of the leadership of Philadelphia’s City government, she spearheaded strategic planning and implementation processes for the City in areas of inclusive growth, workforce development, equitable entrepreneurship and economic recovery.