International Soccer Market Kicks Off in the U.S.

As I was heading to the Copa American Centenario soccer match at Lincoln Financial Field on June 11, 2016, I began to wonder how soccer in the U.S., in particular, international tournaments and exhibition matches, has generated significant spending from the immigrant and international communities in the U.S. There is no doubt that large sporting events have considerable economic impact in their cities.[1] On June 8, 2016, the Philadelphia Business Journal reported that the Copa’s three games at the Linc would have an estimated $41 million economic impact in Philadelphia. Rabid U.S. fans (a term of endearment from me), Paraguay fans and soccer fans in general bought 51,041 tickets to the game.  Before the game on the hot spring night, tailgaters filled the parking lots; during the game, concessions flew.

There is no argument that soccer is much larger in countries across the globe than at home in the U.S. The U.S. hosting the men’s and women’s World Cups three times in the past 22 years and the unstoppable success of the U.S. women’s national team has definitely contributed to the euphoria of U.S. soccer pride. With the stability of the men’s Major League Soccer over the past couple of decades, U.S. fans have a regular opportunity to watch professional soccer at home.

Back to the point of my rambling.  Being married to a soccer fan, I have attended my share of international sporting events including the 2006 World Cup in Germany right before we moved to Philadelphia, the Gold Cup in 2009, a friendly match between the U.S. and Turkey in 2010, and most recently the Copa America Centenario game between the U.S. and Paraguay. As we tailgated, walked around the stadium, and watched all of these games, I loved observing the national pride for all teams.  Shirts, scarves and flags abound. Absorbed by the confluence of colors, chants, and cheers, I wondered where else in the American sports world does this combination of international fans come together on a large stage. In addition, how much of the fandom and spectatorship are due to the immigrant and international communities?

At first blush, the economic impact of the immigrant and international communities at soccer matches in the U.S., as opposed to other sports in the U.S., appears much greater.  Perhaps it is because everyone is in their countries’ colors and it is easier to see who is supporting which country.  Or, most likely, that is just the international draw of soccer, even in a country where soccer has not reached levels of fandom and fanaticism seen in most other countries. For example, eight percent of Iceland’s population bought tickets to see their men’s team in this year’s UEFA European Championship in France.[2]

While I do not know how many tickets were bought by people of which nationalities and their supporters or what was spent by different national groups at the concessions, nearby restaurants, or even hotels, the contribution of the international and immigrant communities in the U.S. is prominent at international soccer events.  Marketing and merchandising companies are trying to capture the attention of Spanish speaking Latin American communities in their telecasts and advertisements at soccer matches.  This is especially true when promoting Mexico soccer games, which the Sports Business Journal stated,

“the most marketable soccer property in the United States often draws upward of 50,000 to its games, attracts television audiences of between 2 million and 5 million, and connects square in the heart of a demographic that brands covet. We are speaking, of course, of the national team. The Mexican national team.”[3]

Further evidence of the draw and economic power of international soccer games in the U.S. can be seen in ticket sales for the Copa America Centenario, being played for the first time in the U.S.  Simple attendance figures show that the U.S. games are not the biggest draws. By proportion of attendance, as compared to stadium capacity through June 21, 2016, the largest draws by team have been Mexico, then Argentina, followed by the U.S., Colombia and Venezuela. The top 10 games by seats sold at the Copa America Centenario through June 21, 2016, show Mexico and Argentina being the bigger draws with four games each; two U.S. games make the top 10 tickets sold list (the U.S.’s highest tickets sold were for the 6/21 game against Argentina).  Tickets for that semifinal between the U.S. and Argentina started at $132, with the median ticket price being $255. The median ticket price for the finals are 2.5 times that amount.[4] That is a lot of dough to spend on tickets for anyone, and then add in parking, concessions, nearby restaurants, and any other costs associated with going to the games.

There is a lot of spending going on in each of the host cities, and mostly for non-U.S. games. There are many factors to control for ranking ticket sales to a game, which are not controlled for here, including the round in the tournament, and in which city the game is played compared to the nearby residential immigrant and international populations in those cities. However, even in this crude summary, it is obvious that there is great economic potential in the immigrant and international communities that are soccer (ahem, football) fans. 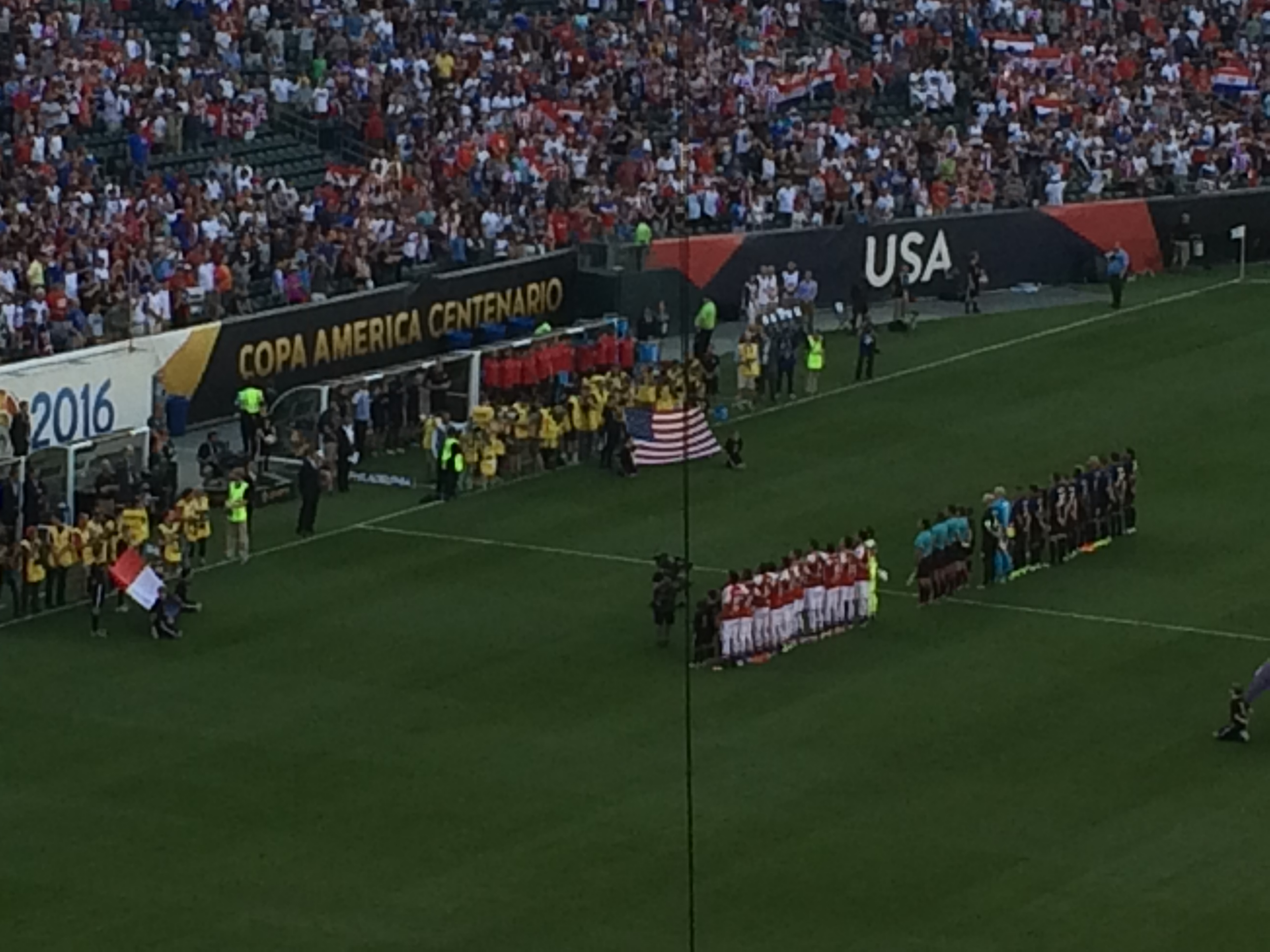 [1] This means sporting events in general, not accounting for the cost and reported financial lossesat events such as the Olympics and World Cups where new  construction, security, housing, and temporary workers contribute to significant one-time costs.