As far as Philadelphia neighborhoods go, the Far Northeast often goes unmentioned when talking about economic development or real estate activity. But as an urban planner (and someone who spent their formative years living there), I thought it would be worth focusing an edition of our Philadelphia Housing Index (PHI) Present Value blog on some of the history and dynamics that make this urban/suburban part of Philadelphia an interesting place.

Let’s start with some history (and what I find most interesting about this part of the city). Almost entirely farmland until the 1950s, the Far Northeast was a blank slate to implement former Planning Commission head Ed Bacon’s newer urban design concepts—neighborhoods of predominantly (more affordable) single-family houses with yards, winding streets (to match the area’s topography), with hubs for shopping and community spaces. Those winding streets and open space add to a suburb-in-the-city feeling, but practically speaking, are harder to navigate than Philly’s standard grid and result in a car-concentric community.

Putting the Far Northeast (for the purposes of this blog defined as the neighborhoods of Byberry, Somerton, West Torresdale, and Bustleton) in the context of the PHI, you will notice that the premium in these neighborhoods consistently tracks above the city’s average but has not changed much for these neighborhoods. That means that the standard home values remained steady during the Great Recession, but they also haven’t seen the gains of some of the Center City-adjacent neighborhoods that have been growing in popularity in the last decade.

One of the major trends affecting places like the Far Northeast is a renewed interest in urban living (and specifically, I mean downtowns). While this part of the city is more urban than say, Warminster, the auto-centric neighborhood layout with concentrations of larger residential tracts doesn’t encourage dense, walkable communities like Northern Liberties, for example.

And the pipeline of development activity in this part of the city is certainly slower than the city overall; in particular, the share of new construction in the area has been proportionally lower than the rest of the City overall, both in terms of new construction and renovations/additions to existing buildings. The new construction activity in the Far Northeast, shown in the map below, are fairly scattered throughout the neighborhoods, with the exception of the cluster of activity occurring at the northern boundary near Bucks County (primarily redevelopment of the former Byberry Hospital).

That doesn’t mean the outlook for the Far Northeast is bleak, the neighborhoods there are changing and adapting to the expectations of residents. Here are a few of the reasons I’m optimistic about the future housing market and neighborhoods in general:

First, a growing immigrant base has translated into a more diverse population, more reflective of Philadelphia’s population (take a drive down Bustleton Avenue to see what I mean). This diversity is important beyond the addition of new retail options—as a recent Pew study has shown, Philadelphia’s population growth is driven in large part by immigration. And many of them are moving to the Far Northeast and investing in their homes and small businesses. This in-migration to the moderately-priced Far Northeast has sustained the area’s population during trends of out-migration to the surrounding counties’ suburbs and of shifts to Center City.

An additional reason for my optimism is the renewed attention to urban design and thoughtful planning interventions. For example, the City Planning Commission’s district plan has emphasized walkable character, identified locations where dedicated/protected bike lanes are viable, and introduced more mixed-use development into redeveloping areas. All of these elements will help modernize one of Philadelphia’s inner suburban areas. Particularly important as it relates to the PHI, a few strategic investments of older strip retail centers in the Far Northeast would help revitalize some key commercial districts and attract further investment and redevelopment in these neighborhoods. In addition, community-based organizations like the Riverfront North Partnership are strengthening assets within the Northeast (like access to the Delaware River, in the case of Riverfront North), which add value to properties in these communities. 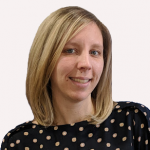