Since the fall of the Wall in 1989, Berlin has emerged as one of Europe’s cutting edge intellectual, cultural, and economic centers. For anyone interested in the evolution of transportation and development patterns, visiting Berlin is a bargain: you can see two cities for the price of one. Following WWII, significant public and private capital inflows enabled West Berlin to repair war damage and rebuild a modern economy. As a result, West Berlin developed continuously throughout the second half of the 20th century reflecting the trends of the West, while East Berlin stagnated as part of the Soviet Bloc. Some of these considerable development differences are accurately captured in the German film, Good Bye, Lenin!, which highlights the modernity of West Berlin and the frozen-in-time East Berlin immediately before and after reunification.

One key feature of the modern economy in the 1950s and 1960s, especially visible throughout the West, was the dominance of the automobile. Accordingly, from 1949 through 1967, the newly formed, municipally owned Berliner Verkehrsbetriebe West (BVG West), which operated transit services in West Berlin, eliminated all of its 36 surface tram lines, either eliminating the service, replacing trams with bus service or providing a modern U-Bahn service (the U-Bahn is Berlin’s metro, which is primarily underground).  The transition away from the surface tram was seen as a badge of progress, which demonstrated the superiority of the free market system over the communist, centrally planned system of the Soviet Bloc. Highlighting the virtues of a free market society in 1960, B.R. Shenoy writes:

The main thoroughfares of West Berlin are near jammed with prosperous looking automobile traffic, the German make of cars, big and small, being much in evidence. Buses and trams dominate the thoroughfares in East Berlin; other automobiles, generally old and small cars, are in much smaller numbers than in West Berlin. One notices cars parked in front of workers’ quarters in West Berlin… In contrast with what one sees in West Berlin, the buildings [in East Berlin] here are generally grey from neglect, the furnishings lack in brightness and quality, and the roads and pavements are shabby…[1] 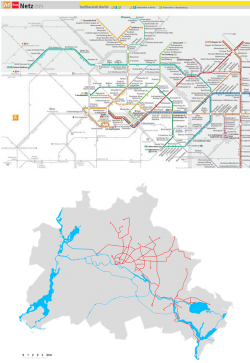 While it is certainly true that West Berlin and West Germany prospered tremendously compared to its eastern counterpart, it is not clear that all facets of the “free market” economy in the second half of the 20th century generated the most attractive and livable cities. As most cities now recognize, excessive reliance on the automobile and auto centric land use patterns doesn’t lead to the creation of vibrant urban places.

In contrast to West Berlin, East Berlin’s transit operator, Berliner Verkehrsbetriebe Ost (BVG Ost), maintained and expanded their tram system, as well as East Berlin’s commuter rail system. In addition, the comparative lack of development from 1950 to 1989 in East Berlin left a city yet to be fulfilled, but one whose basic transportation infrastructure was conducive to creating a lively, pedestrian-friendly 21st century city. Since the reunification of East and West Germany, East Berlin has become very attractive, thanks in part to the purposeful and intense investment by the Bundesrepublik (German federal government) in the former Soviet territory. With the expanded tram system and the lack of auto centric development, East Berlin is now enjoyable and accessible to visit. Interestingly, Berlin has slowly begun reintroducing tram into the western part of the city.

Both the former East and West sectors of Berlin have culminated into dynamic urban areas to live and to travel.

All of Berlin is connected by an efficient metro system, the U-Bahn, and well linked to attractive suburban communities by the S-Bahn.  From an accessibility and livability perspective, however, Berlin is a study in contrasts. Although much of the eastern part of the city is more pedestrian friendly than western Berlin, some of the apartment block housing constructed in the east is, to put it mildly, not conducive to a lively streetscape.

Other views from the Fernsehturm are much more appealing, featuring dense, active walkable neighborhoods. 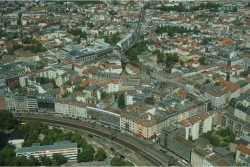 The stunning new Hauptbanhof (Central Station) is a marvelous statement, but not well integrated into the U-Bahn, and Berlin trains are strikingly unconnected to many places outside of Germany.

Berlin is a delightful city in most regards. Significant effort and investment has gone into creating a vibrant city in the east and the west and this process is ongoing. The effort has not been without serious challenges, however, as efforts to maintain and improve their infrastructure have confronted serious obstacles. Both of Berlin’s airports are substantially obsolete, although reasonably well connected to the city (the connection to the train from Schönefeld requires a substantial walk).  The new airport intended to replace Tegel and Schönenberg is now more than five years late in completion.

When it comes to transit, two thirds of the rolling stock of the S-Bahn had to be taken out of service in 2009 for safety concerns. (Before people immediately cry “government inefficiency,” note that Berlin’s municipal transport agency, BGV changed status in 1994 from a municipally-owned company to a privately-owned company.) These proverbial bumps in the road don’t illustrate the incompetence of Berliners, but rather the inherent challenges in creating, maintaining and improving major infrastructure systems. Development of new, one-of-a-kind systems, as is the case with most transportation infrastructure, is risky, but the returns are great.

Berlin is a great example of integration when it comes to transit, a fact largely explained by the predominant role played by the BVG. This task has proven even more difficult, with the integration of vastly different transit systems in former East and West Berlin. Even with the development differences that divided the city, Berlin has masterfully crafted extensive urban and suburban transit, livable and lively city streets, and transnational travel connections. Transit development is certainly not complete, for improvements in transit infrastructure is still needed. The city shall continue to develop and transition into a must-see urban center. 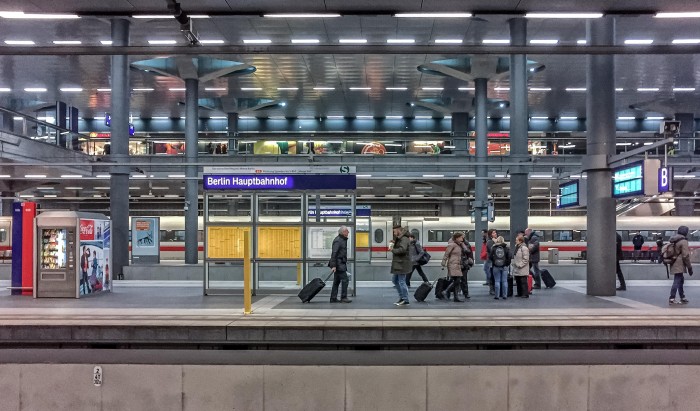 [1] B.R. Shenoy, “East and West Berlin: A Study in Free vs. Controlled Economy,” first published in the August 15, 1960 issue of The Indian Libertarian. Reprinted by Libertarianism.org. http://www.libertarianism.org/publications/essays/east-west-berlin-study-free-vs-controlled-economy

Richard Voith is a President and Principal at Econsult Solutions, and is the current Chair of the Delaware Valley Chapter of the Counselors of Real Estate. He is a well-known expert in transportation and applied economics. He is also a board member of PENTRANS and Philadelphia Youth Basketball.