Denmark’s capital city, Copenhagen, is often touted as the poster child for the movement towards sustainable urbanism. It earned this superlative through its legacy of public investment and of prioritizing the elements that make a city livable, including a diverse and efficient transportation system with plentiful parks and public spaces. According to a pamphlet developed by the City in 2009,

“If it’s monuments you’re after in Copenhagen, don’t look up. Look all around you, right there at street level. Our greatest monument is motion. It is a massive, constant, rhythmic and life-sized legacy.”[1]

Paving the way for bike-driven transportation is one of the city’s strategies for becoming the world’s first carbon neutral capital city by 2025, as outlined in Copenhagen’s Action Plan for Mobility. Copenhagen has cultivated an unrivaled bicycle culture by celebrating the bicycle as a practical and sustainable tool for daily transportation, and then by incorporating those principles into tangible planning and design decisions. According to the City, “in the 1960’s, this city was just as car-clogged as anywhere else.”[2] Bicycling has since become an essential and mainstream mode of daily transportation in Copenhagen, where about 50 percent of residents who work or study in the city bicycle to their workplace or educational institution.[3]

Copenhagen’s high levels of bicycle ridership is the result of the city’s construction of extensive and pioneering cycling infrastructure. Traffic lights along major arteries, such as Nørrebrogade, are coordinated with the speed of the average cyclist, allowing continuous traffic flow of bicyclists during rush hour commutes. Networks of sheltered pedestrian and bicycle paths invite more people to walk and bicycle. Separate bike paths or separated on-street facilities comprise a majority of the city’s bicycle network.[4]

This sheltered infrastructure impacts both the level and the composition of bicycle ridership. It ensures that cycling is safe and convenient for a broad population, inclusive of the young and the old, parents on christiania cargo bikes, men and women in business attire, and so on. The majority of cyclists in Copenhagen (about 55 percent) are women.[5] This is a stark difference from car-oriented cities, where the majority of cyclists are young to middle-aged men.

These notable advancements toward Copenhagen’s Action Plan for Mobility build on the city’s early commitment to long-range planning. The City of Copenhagen and its metropolitan area have a long history of coordinating urban development with the existing and planned regional public transit network. The fundamental transit-friendliness of the city structure has its roots in the Five Finger Plan, an early milestone of transit-oriented development that was first conceived in 1947. This iconic plan steered Copenhagen towards a sustainable pattern of development through its vision of five rail corridors radiating out from the center of the city. It directed suburban growth to the stops that lined these rail corridors, while the zones between the “fingers” were dedicated to open space and recreation. Bus terminals were located adjacent to train stations in order to provide wider mobility.

The planning directive was first developed by the Regional Planning Office, which in 1947 was a voluntary collaboration between representatives from local counties, municipalities, and stakeholder organizations.[6] The early iterations of the Finger Plan were advisory in nature, but the active involvement of the municipalities gave it significant influence over development within the region. The Plan gained legal status in 2007 when it was incorporated into the Planning Act, which requires municipalities to follow the regional planning principles of the Finger Plan in their planning efforts.

As the City of Copenhagen and its metropolitan area grew over time, new radials of development have been created and the transit network has been expanded accordingly. The small but efficient Metro system opened in 2003, adding another development radial that extended from the city center to Ørestad, a new town development south of the city center. Ørestad was envisioned as a new urban center that would alleviate pressure on Copenhagen’s central business district. With the investment in transit expansion preceding the development of Ørestad, Ørestad is a textbook example of transit-oriented urban development.

An expansion of the Metro system is currently under construction and expected to be completed in 2019.[7] The expansion will add 17 stops along a new 15.5 km underground ring-shaped Metro line, the Cityringen.  The Cityringen line will operate frequent departures, offering headways of 100 seconds. By intersecting the existing Metro lines (M1 and M2) and suburban train services, it will tie in the existing transit network and reduce travel times for riders.[8] 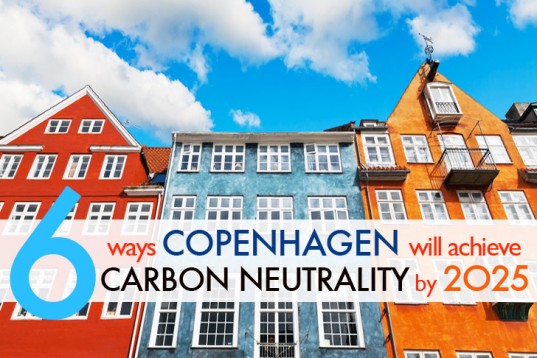 Largely on account of Copenhagen’s notion of city streets and public spaces as a “laboratory” for data-driven experimentation and innovation, the city can be viewed as a model for what is achievable in modern urbanism. This experimentation has been backed by a long-standing commitment to livable and human-scale planning and investment.  According to Jan Gehl, the legendary Copenhagen architect and planner, “the conclusion from Copenhagen is unequivocal: if people rather than cars are invited into the city, pedestrian traffic and city life increase correspondingly.”[9]

[6] Ministry of the Environment, Denmark. The Finger Plan: A Strategy for the Development of the Copenhagen Area. Page 4. 2015.