Music Venues in the Age of COVID and Beyond

A few months ago, we focused on the implications for our cities’ nightlife scenes as a result of halted operations due to social distancing during the pandemic. Back in April, we knew there would be far reaching implications for workers and business owners running restaurants, bars, and venues, even as they have begun operating at partial capacity.

In that April post, we talked about the ways each of us can support small night life businesses like independent music venues, but that only helps so much. In the last couple of weeks, some members of Congress have begun pushing for a relief bill specifically to support local venues through the Save Our Stages Act. As social distancing started back in March, venues—with large gatherings of people being part of their busines model—closed first and have been challenged to “pivot” or reopen even as restrictions loosen on other activities.

A survey of 2,000 venue owners conducted by the National Independent Venue Association in June, found that 90% of independent venues will close permanently over the next couple of months without federal funding.

New York City is an obvious example of the implications of closures for music venues. In a 2019 study on the NYC’s nightlife economy that ESI completed for the Mayor’s Office of Media and Entertainment, we found that music venues directly support nearly 20,000 jobs in the City with over 2,400 establishments and have a direct economic footprint of $1.2 billion annually. And that’s only a portion of the entire nightlife economy, which includes bars, restaurants, arts, and sports/recreation. Our study also included surveys and interviews with venue owners and operators, which found that even in 2019, venue owners were concerned about their business’ outlook, with half reporting decreases in profitability in recent years. The tight margins of the industry make the closures due to COVID even more acute.

Live music venues are a vital part of the nightlife ecosystems. Their impacts extend well beyond the venue doors. Patrons support local bars and restaurants both before and after the show and they may take a taxi, Uber, or Lyft to the venue. This generates additional economic and employment impacts throughout the nightlife economy.

Saving live music venues is more than just the economic impact of the sector—though with a total economic impact of $2.1 billion a year in New York alone, the economics are compelling. Venues are an essential part of our cultural ecosystem, creating opportunities for new artists to grow their presence and to inspire a younger generation of fans to appreciate and participate in the arts. Over 56% of nightlife consumers in NYC frequented a live music venue during a typical night out.

Venues also have a big part to play in ensuring vibrant downtowns act as economic catalysts in the communities in which they’re located. Cities compete for talent and jobs—and nightlife and cultural opportunities are two of the differentiating urban amenities that can help make a city competitive. In a 21st century economy, connected by communications and ease of travel, highly skilled workers have many choices based on job opportunities and quality of life. Independent music venues have an outsized role in helping to drive interest and demand for a city as a place to live, learn, work, and socialize. 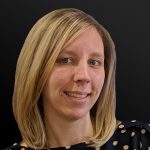