New England Colleges and Universities are Facing a Diversity Problem. Here’s why it Matters.

When it comes to regions of the United States known for higher education, few others compare to the quality and quantity of New England’s network of colleges and universities. Metro Boston alone is home to 52 institutions for higher education, including Harvard University, the nation’s oldest, and the Massachusetts Institute of Technology (MIT), one of the most prolific research universities in the world. But while these statistics are certainly impressive, many of them lack something critical—diversity.

New England has over 130 four-year, full-time colleges and universities serving students from every state in the US and hundreds of other countries. Despite this, on average, full-time universities are still almost two-thirds white. Black students graduate in 6 years or less only 55 percent of the time, as compared with almost 70 percent of Asian students, 67 percent of White students, and 60 percent of Hispanic students. This indicates a deep, historic divide between the outcomes for students of different racial or ethnic backgrounds at the regional level – a problem that is not instigated by just one type of school or just one area of the region. The fact is that diversity is one of the most universal and long-standing challenges in America’s history, one that is reflected in New England’s incredibly historic schools. 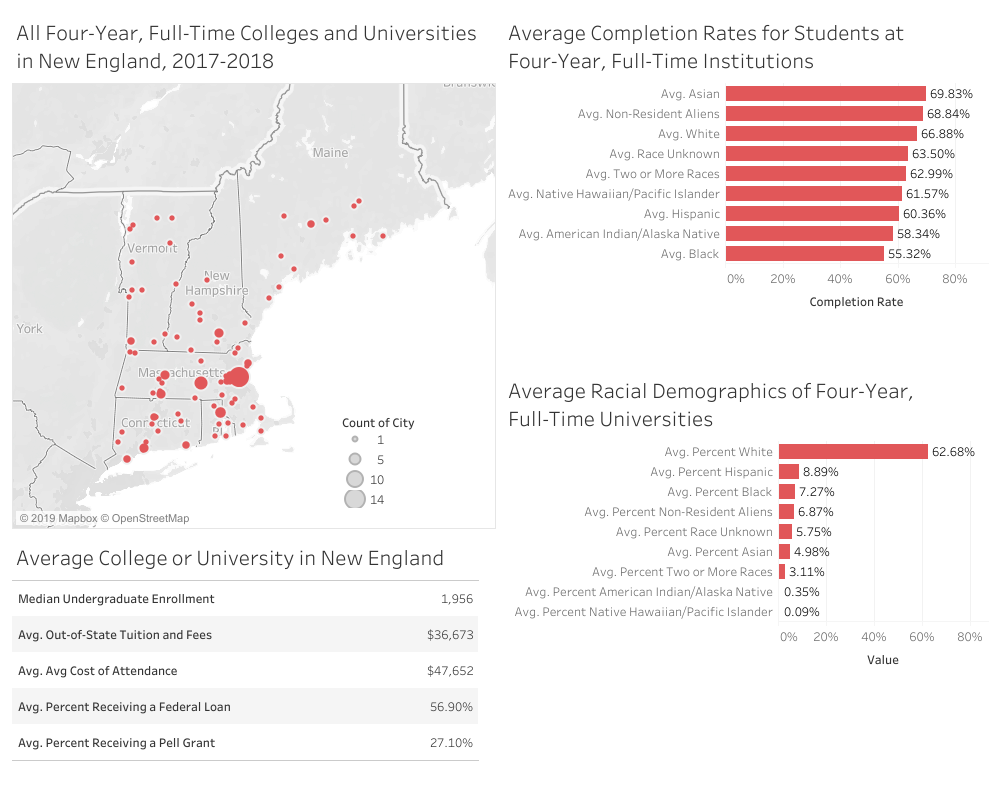 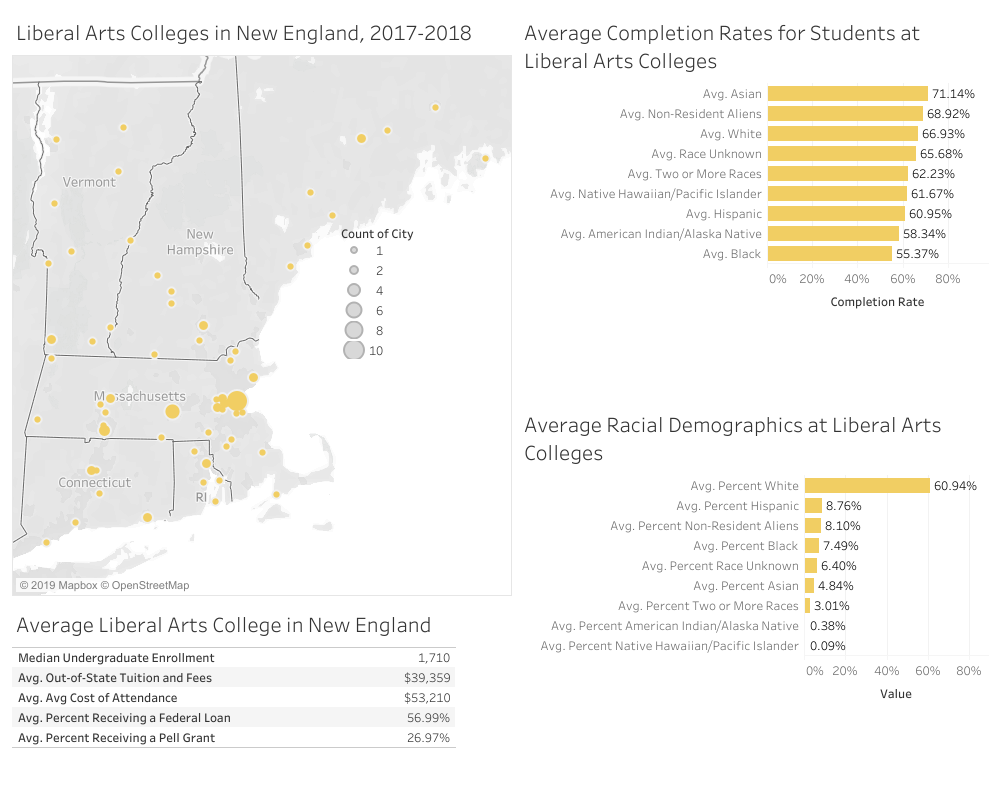 While less frequent than liberal arts colleges, large universities have their own distinctive challenges when it comes to diversity. Despite offering in-state tuition options and generally a cheaper cost of attendance, their student bodies are not always representative of true economic diversity; less than a quarter of students receive a Pell grant and fewer than half receive federal loans. In addition, large universities average almost 63 percent white, unrepresentative of what the region really looks like. However, large universities are more successful at seeing all students, regardless of race or ethnicity, complete their degrees within 150% of the expected completion time than smaller colleges. 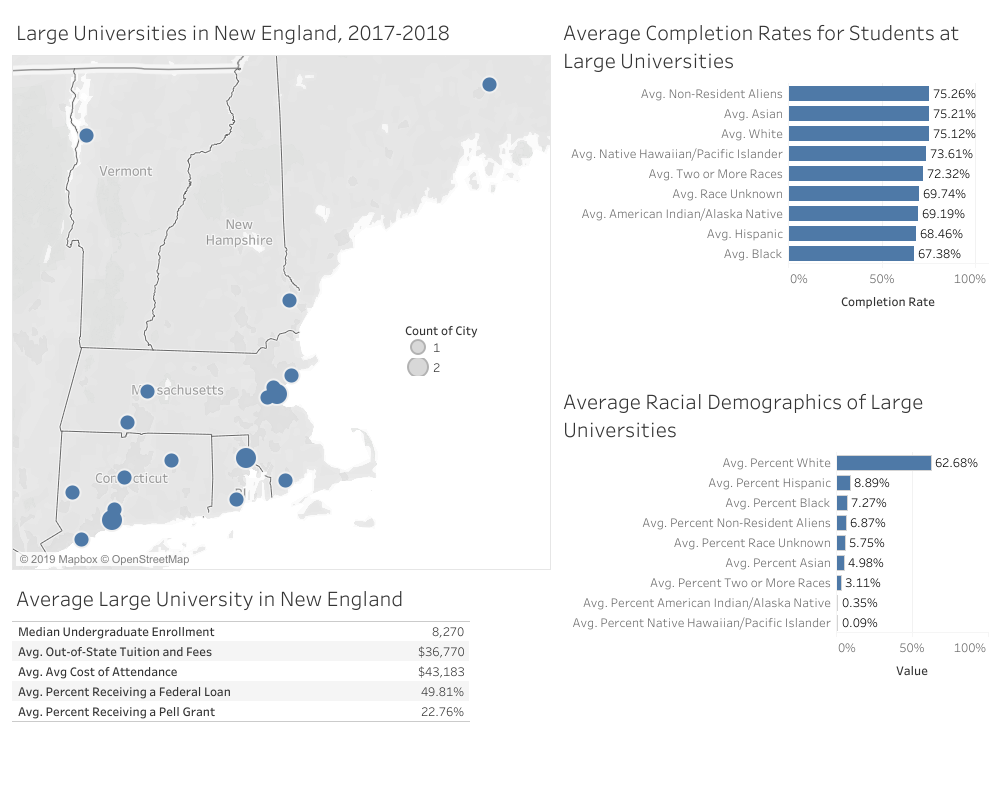 New England’s lack of diversity in its institutions of higher education is representative of a nationwide challenge of engaging all people in higher educational opportunities. However, what we can learn from breaking down diversity metrics for liberal arts colleges and large universities is that there are unique strategies for addressing diversity in every school. New England’s network of colleges and universities will never achieve their true potential without acknowledging all voices and perspectives in the classroom. 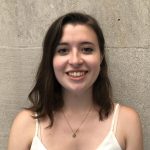 Nina Olney was a Drexel University Co-Op with ESI in 2019. Ms. Olney is studying Economics, with a focus on Environmental Studies and Sustainability in the Built Environment. We thank Nina for her contributions to ESI during the past 9 months!