The Convergence of History, Geography, and Economics in Northeastern Pennsylvania

Since the birth of American commerce, the geography of Northeastern Pennsylvania has had historic connectivity to the largest pocket of humanity in North America. Blessed by nature’s beauty, rich, natural resources, and an enviable transportation network, the very social and economic fabric has been intertwined with the commercial development in the northeast corridor. These elements have resonated throughout the evolution of the American economy.

From the early days of canal systems such as the Delaware & Lehigh, to a thriving rail industry in the late 1800s, to today’s interstate network, this geographically central region has positioned itself as a leader in the movement of commerce, goods, and similarly, as a vacation playground. This region lies within 300 miles of 40% of the US and Canadian population and nearly 100 million people can be reached within 12 hours.

Beginning in the early 1800s, a series of canals and rail lines began linking the region’s raw materials with the markets to the east and south. Ninety percent of the world’s Anthracite Coal lies under the six-county region, which was used to fuel the Industrial Revolution beginning the mid-19th century. The region’s extensive river network was used by early pioneers to establish one of the most integrated series of locks, rail, and inclined planes. In the 1840s, Philadelphia Quaker Josiah White developed what is considered to this day to be one of engineering’s marvels, an innovative system of inclined freight cable railroad known as Ashley Planes. White Haven Borough, located in the Poconos, is not only named after him but was the launching point for shipments of millions of tons of Anthracite Coal destined for the Philadelphia market. Not only Anthracite, but also textiles from the hundreds of textile mills, ice from the Pocono ice houses, and even ammunition during wartime was shipped using the extensive rail system from Northeast Pennsylvania into the economic centers of the United States.

Today, an extensive interstate system connects the region to other markets, including Interstates 78, 80, 81, 380, and 476 (PA Turnpike). And, in operation for only a few short years, the nearly $80 million Wilkes-Barre/Scranton International Airport terminal is the region’s air travel centerpiece and continues to set passenger records.

Nearly 20 colleges and university campuses (including Pennsylvania’s newest medical college, in Scranton) dot the region. With over 125,000 students enrolled in higher education and nearly 45,000 undergraduate, graduate and doctoral degrees are granted annually, the region is an incubator of talent, energy, and ideas.

This education provides vast potential for corporations looking to capture talent, stimulate partnerships, and engage new talent with a variety of higher educational institutions from community colleges to world-class universities.

According to the US Census Bureau, three of the region’s counties are poised to experience above State average population growth over the next two decades (Lackawanna, 8.1%; Luzerne 4.4% and Monroe 4.1%) while two counties (Pike and Wayne) were in the top 3 growth counties during the last two decades. Northeastern Pennsylvania’s rich ethnic diversity continues to be enriched by Eastern European and Central American immigrants. The region also attracts folks seeking to retire while remaining near the metropolitan areas of Philadelphia and New York who desire to live in an area with a considerably lower cost of living, and without the traffic congestion.

Regarding traffic, the average worker commutes less than 10 miles each day with 25% commuting less than 25 miles daily. The region has a total labor force of 500,000 with a diversity of workforce participation in educational, professional, medical, manufacturing, logistics and a nearly 10% growth in technology employment in recent years.

Annually the region is home to thousands of arts, religious, and ethnic events. An unparalleled offering of venues is available in the region including the 10,500-seat Mohegan Sun Arena, FM Kirby Center, Scranton Cultural Center, Sherman Theatre, Penn’s Peak, and the Mauch Chunk Opera House. All are venues that attract international performers in the arts, comedy, music, and theater.

Additionally, the region’s diverse arts program offerings include the Northeastern Pennsylvania Philharmonic, hundreds of productions at dozens of local theater houses, community art murals, and an amazing assortment of events such as the Wally Lake Fest at Lake Wallenpaupack, Wilkes-Barre’s Multi-Cultural Festival, La Festa Italiana in Scranton, and hundreds of community fairs that highlight the region’s ethnic and religious diversity.  These year-round events are a hallmark of making the region a mosaic of arts, culture, and entertainment.

Since the late 1800s, the region’s natural beauty has attracted vacationers from the New York/New Jersey and Philadelphia regions. Proudly serving as “The playground of the Northeast,” the region is home to some of the finest skiing areas in the United States, the Pocono International Raceway, and over 500,000 sq. ft. of indoor water resorts including nationally recognized parks such as Kalahari, Great Wolf, and Aqua Topia. The region is also rapidly becoming a destination for conventions and national meetings.

Fact is, the region has nearly 28 million visitors a year coming to experience the natural beauty and charm blended with history, architecture, and recreation.  Ample biking, hiking, kayaking, fishing, and boating are all part of the “NEPA Experience.”

Population increases are happening with a sense of repurposing and repositioning of the downtowns of Scranton, Wilkes-Barre, Pittston, and Hazleton, as well as quaint villages such as historic Jim Thorpe known as “The Switzerland of America” and Stroudsburg’s Main Street.

Northeastern Pennsylvania: The Right Blend at the Right Time

With a two-century-long tradition of economic connectivity, geographic beauty, rich diversity with evolving demographics, Northeast Pennsylvania’s location is an ideal spot for commerce, recreation, education with an enviable quality of life right in the backyard of over 40 Million Americans. 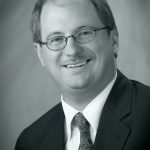 John J. Jablowski, Jr. MPA, serves as a Senior Advisor to Econsult Solutions. He has served in a variety of capacities to manage over $2 billion in community and economic development initiatives including currently serving as Manager of Tobyhanna Township in the Poconos.