In our last Philadelphia Housing Index (PHI) Present Value blog post, we took a look at the trend of this year’s housing market since the pandemic started. Our analysis showed that the housing market peaked in April likely because transactions that took place in that month had been in process before much of the economy slowed in reaction to social distancing measures. Overall, the housing market until June 2020, on average, compared to 2019.

This month we looked at the arms-length single family transaction data up through September (due to a lag in deed recording, this is the most recent date with adequate data for our analysis). Using the arms-length single family transaction data, we developed an in-house housing index, The Philadelphia Housing Index (PHI) which measures changes in the sales price of Philadelphia’s housing units through time, adjusting housing traits to compare like-to-like, with differentiated trends by city district. We can see that the housing prices remained strong over the summer and the average PHI price in September ($160,900) is almost as high as summer prices, and 28% higher than the average housing price in September 2019. However, the transaction volume in September is around 21% lower than that in September 2019, which is due, in part, to slowdown in housing construction since the pandemic started.

There are several reasons that contributed to the continuing strength in the Philadelphia housing market despite this uncertain and challenging period of time. The most prominent reason is that low interest rates increase the willingness to borrow money and invest in the housing market. According to Freddie Mac, the average 30-year fixed rate mortgage rate in November is around 2.77%, comparing to around 3.6% at the beginning of 2020.

Secondly, the stay-at-home order and social distancing significantly increased the demand for housing. In the meantime, Philadelphia’s economy is slowly recovering from the economic downturn since the pandemic started, according to Center City District’s report, which also increased the optimism of investing in the housing market. According to The Homebuilder Sentiment Index that reflects the level of optimism or pessimism (on a scale of 1-100) of U.S. homebuilders, the index fell from 72 in February to 19 in April, but since has jumped to 81 in September, breaking the previous all-time high of 78 in 1998.

In all, the low interest rate and high demand makes the housing market in Philadelphia and the nationwide market a seller’s market. Houses are being sold faster than in recent years. The average time it takes for a home in Philadelphia-Camden-Wilmington area to sell is around 48 days in October 2020, which is 13 less than October 2019, and is significantly below 65 days which is considered typical for a “balanced” market according to Realtor.com’s monthly report.

The updated PHI dashboard below (and available here) allows readers to toggle through January to September for a year-over-year view of PHI performance across the city overall as well as by neighborhood. We can see the increase in PHI not only exists in neighborhoods with relatively higher house prices, but also in those less affluent neighborhoods such as Allegheny West, Hartraft, and Haddington. We’ll continue updating this dashboard throughout the rest of the year. 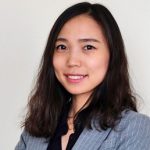 Jing Liu is a senior analyst at ESI where she specializes in spatial analysis, quantitative analysis, and data visualization. She has been involved in a number of transportation projects, real estate market analysis, and economic impact analysis. Jing is responsible for analyzing and updating ESI’s monthly Philadelphia Housing Index (PHI), which measures changes in the sales price of Philadelphia’s housing units through time, adjusting seasonality and housing traits to compare like-to-like, with differentiated trends by city district by using arms-length residential, single transaction sales from 2001.