Post updated November 15 with new unofficial election data from the 2022 gubernatorial and U.S. Senate races, as well as an analysis at the bottom of the post.

The most recent presidential election found Philadelphia at the center of the American political universe. For days after the election, the nation’s attention was glued to the vote-counting at the Pennsylvania Convention Center as the election hung in the balance, and along the way, an ordinary landscaping business became an internationally recognized landmark.

The 2022 midterm elections will renew national attention on Philadelphia, with competitive races for open Senate and Governor seats set to decide the nation’s balance of power heading into the 2024 Presidential election. The city has often been at the center of statewide election debates during this campaign season — in Pennsylvania and across the nation, urban crime has been raised as a campaign issue to an extent not seen in many years, although data shows a complicated story regarding overall crime trends.

As a swing state, Pennsylvania often plays a critical role in determining the winner of the electoral college, and the upcoming Senate election is crucial for both parties, each hoping to control the chamber.

Not only are election results in Philadelphia important to city politics, but city results often shape the results of statewide elections, determining how wide margins have to be in the rest of the state. This means that reducing Democratic margins in the city, even if all other factors stay the same, makes it easier for Republicans to win the state, presidency, and control the Senate, and vice versa.

With these trends in mind, and with a mayoral election looming in 2023, the 2022 election could be a bellwether for Philadelphia’s political future – even though no local offices are on the ballot.

To better understand Philadelphia’s political geography and how the upcoming election may signal changes to come in city politics, ESI analyzed publicly available data on Presidential, Senate, and Governor races in the City of Philadelphia between 2008 and 2020, with results broken down by City ward and division. Election maps for each of these contests can be viewed below, with a red to blue color scale representing the Democratic margin of victory or loss in each division:

The following takeaways result from the election data above:

At the national level, the results of this test will signal what is to come in the 2024 presidential campaign. At the local level, these results will have implications for next spring’s mayoral race. A campaign in which Republicans continue to make inroads into urban communities could preview a mayoral campaign in which conservative approaches — including the “tough on crime” approach which brought Democratic New York City mayor Eric Adams to office in 2021 and is now being emulated by statewide Republican candidates — return to the agenda. Conversely, should the political tides swing back towards stronger Democratic showings, the 2023 mayoral campaign may look more like the 2021 Philadelphia District Attorney’s race, where progressive DA Larry Krasner won handily citywide against a “tough-on-crime” opponent.

Post-Election Update: 2022 senate and gubernatorial election data as of November 15 has now been added to the visualization above. Historically, the part in power tends to lose seats in midterm elections, so Democrats’ unexpectedly strong performance in the 2022 elections was widely noted. However, data tells a more complicated story regarding potential political shifts in parts of Philadelphia. While it appears that Democratic governor and senate candidates regained some ground in Eastern North Philadelphia neighborhoods compared to the party’s presidential performance in 2020, Democratic margins in these neighborhoods still appear smaller than they were in the 2018 races for the same offices. The shift away from Democrats compared to 2018 appears to have been much more pronounced in the Senate race than in the gubernatorial race. The Senate race was closer overall, and there were more complicating factors, as compared to the gubernatorial results. These results indicate that a modest political shift in some urban neighborhoods may be here to stay, at least in national elections; these trends will continue to be watched in future elections.

This post does not represent an endorsement by the firm or by the author for any particular candidate or party. 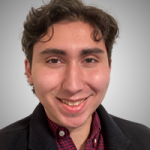 Cities of the Future Must be Heat Resilient: A Framework for Combating Urban Heat Islands
Share This